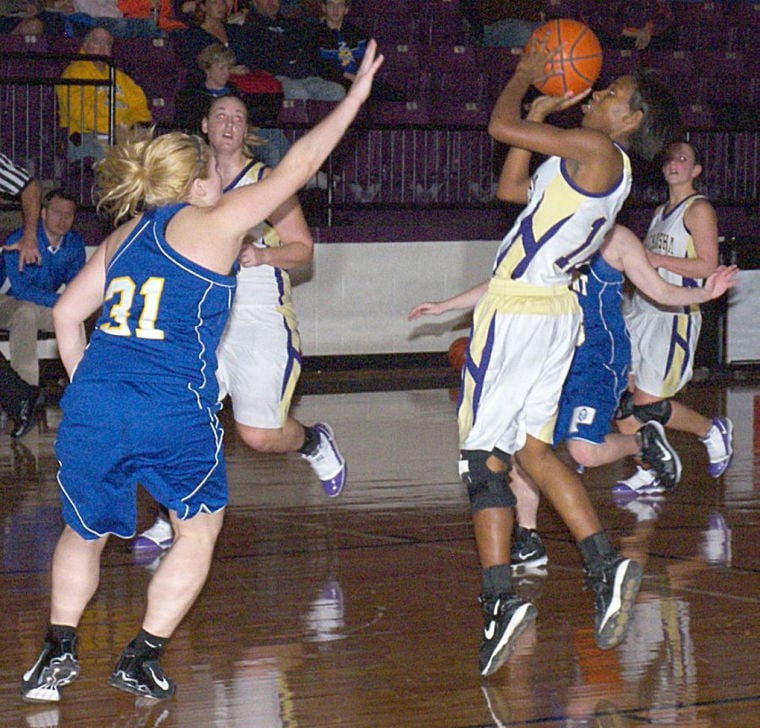 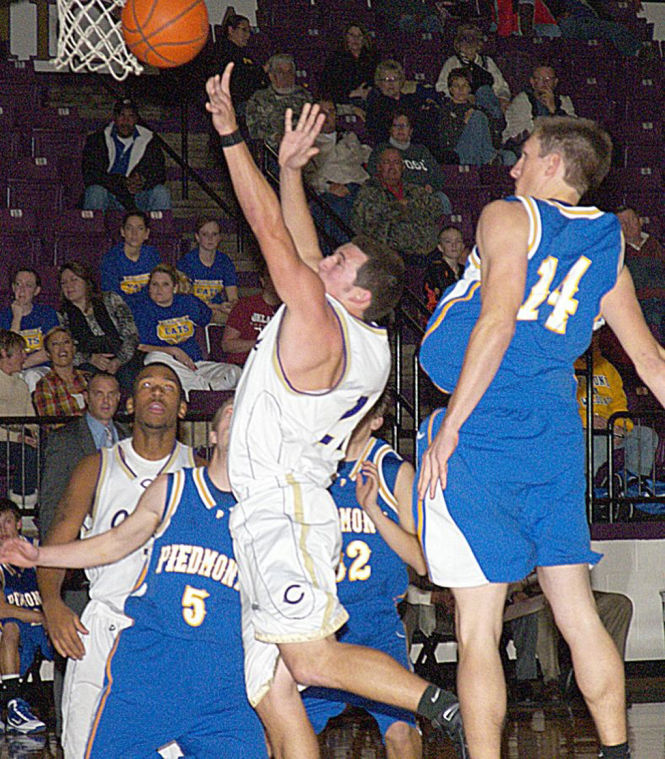 Chickasha junior Chase Rodgers scored 38 points against Piedmont Friday night but the Wildcats still ended up taking a 66-57 decision home from the CHS Activity Center. The nightcap win completed the Suburban Conference road sweep after their Ladycats beat Chickasha’s girls 44-33 and their JV girls won 45-30. GIRLS: PIEDMONT 44, CHICKASHA 33 Winless Chickasha’s backcourt problems got them their third straight loss as Piedmont feasted on 34 turnovers to cruise to the win. Sarah Peoples scored nine of her game-high twelve points to spot the Ladycats to a 23-13 halftime lead. They had the Chicks doubled up 34-17 after three but Chickasha got to the line seven times in the fourth quarter and converted twelve of fourteen free throws to close the final gap to eleven. Diamon Heath had a team-high ten points for Chickasha and Paige Hightower finished with seven, all in the first half, before fouling out with five minutes left in the game. Dawn’Shaye Blakes added five points and Lauren White had four on free throws in the closing minutes. BOYS: PIEDMONT 66, CHICKASHA 57 Junior Chase Rodgers had a huge 38-point night, burying five three-pointers, but the rest of the Chick offense sputtered as Piedmont handed the Chicks their second loss. Rodgers kept the Chicks close all game, scoring a dozen in the first half as Chickasha went to the locker room down 24-17. He added eleven more in the third quarter but Piedmont’s Dale Staley drained two threes and three free throws after getting fouled on another trey attempt to end the quarter with a ten-point 45-35 cushion. Rodgers added fifteen points in the fourth but Piedmont’s Keith Vick scored nine of his fifteen points down the stretch to ice the game. Chick center Ryan Hightower was held to one bucket in the first quarter and three free throws in the second half and sophomore Olajuwon Davis hit a late three to finish with five points. Vick led the ‘Cats with 15 points, senior Hunter Craft had eleven and Jimmy Guerra and Staley added nine each. GIRLS JV: PIEDMONT 45, CHS 30 Piedmont also won the girls’ JV game behind 13 points from Miesha Stevenson. Haley Harris had nine team-high points for the Lady Chicks. There was no JV boys’ game because Chickasha was also playing in the Western Heights Freshman Tournament Friday night. Chickasha hosts Deer Creek Tuesday night then is at tournament action this weekend.