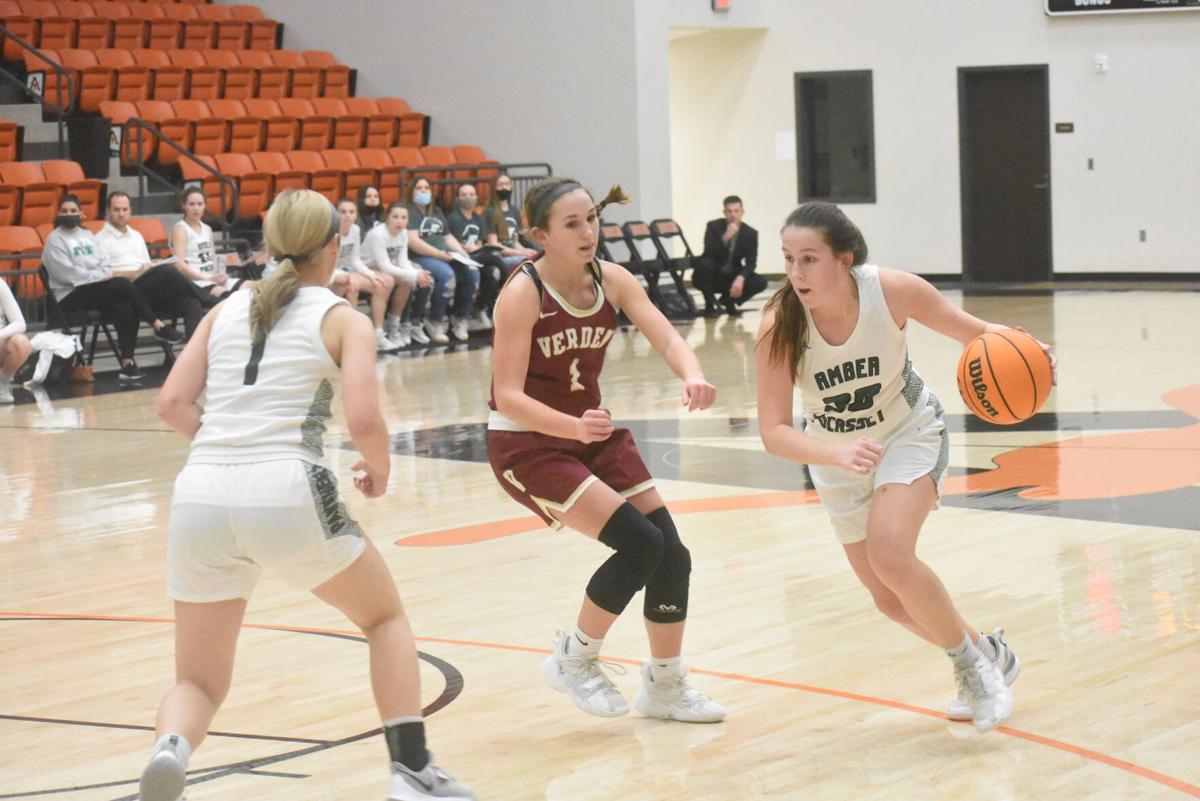 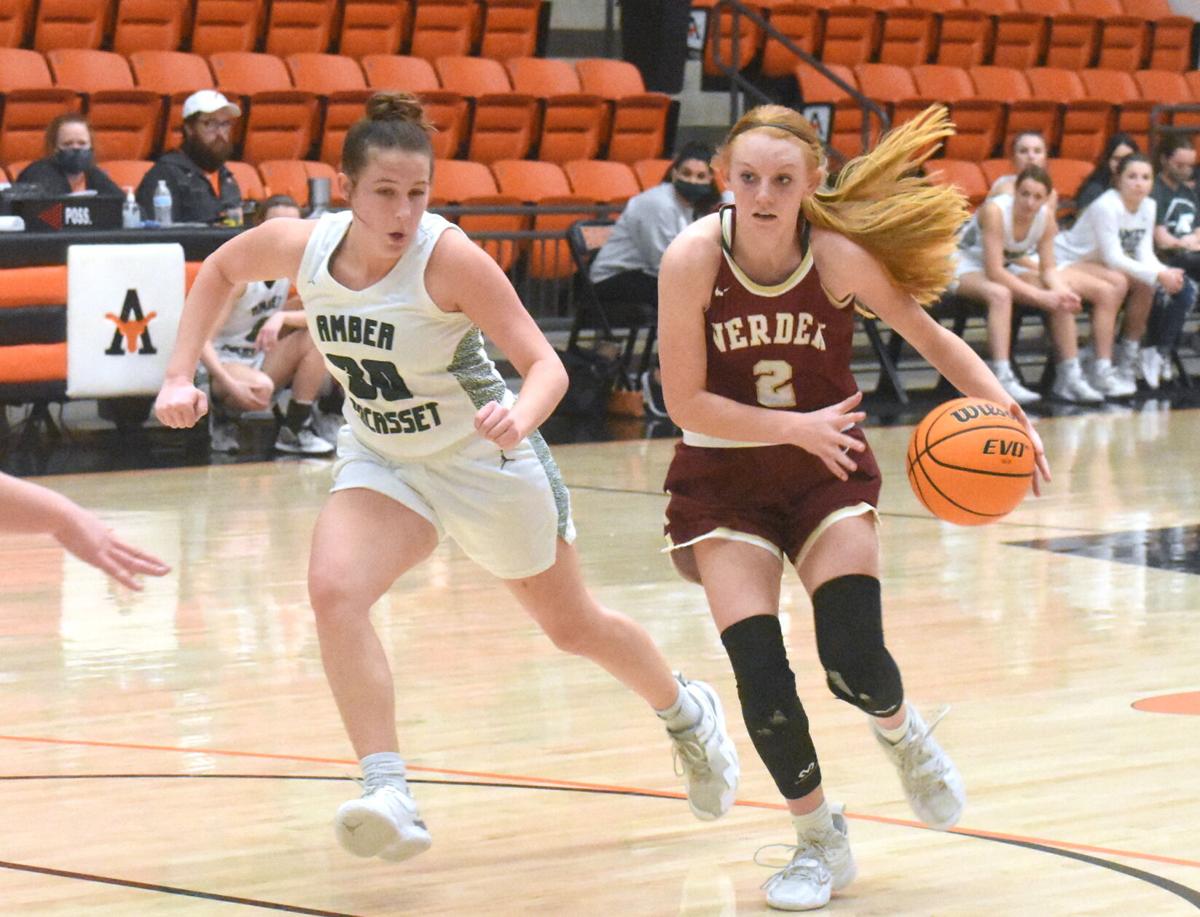 ALEX — The Amber-Pocasset Lady Panthers — ranked fifth in Class 2A — are one win away from their fourth Grady County Tournament championship appearance in a row.

The Lady Panthers and the Verden Lady Tigers met in the opening round of the Grady County Tournament on Monday. Am-Po never trailed and came away with a 62-35 victory in Alex.

Am-Po went to the second quarter with a 22-6 lead and held a 35-14 lead at halftime. The Lady Panthers opened the second half on an 11-2 run and led by 30 after three quarters.

Three Am-Po players managed to score at least 11 points in the victory, led by Harris and her 15 points. Muncy scored 13 points in the win, and Abbie Savage scored 11 points for the Lady Panthers.

Verden will now play the Alex Lady Longhorns at 6 p.m. Thursday. Am-Po will take on the Lexington Lady Bulldogs at approximately 8 p.m. Thursday.

Both of those games will take place in Alex.

The Minco Lady Bulldogs defeated the Rush Springs Lady Redskins in the opening round, and the Ninnekah Lady Owls defeated the Dibble Lady Demons.

Those two games will take place in Rush Springs.