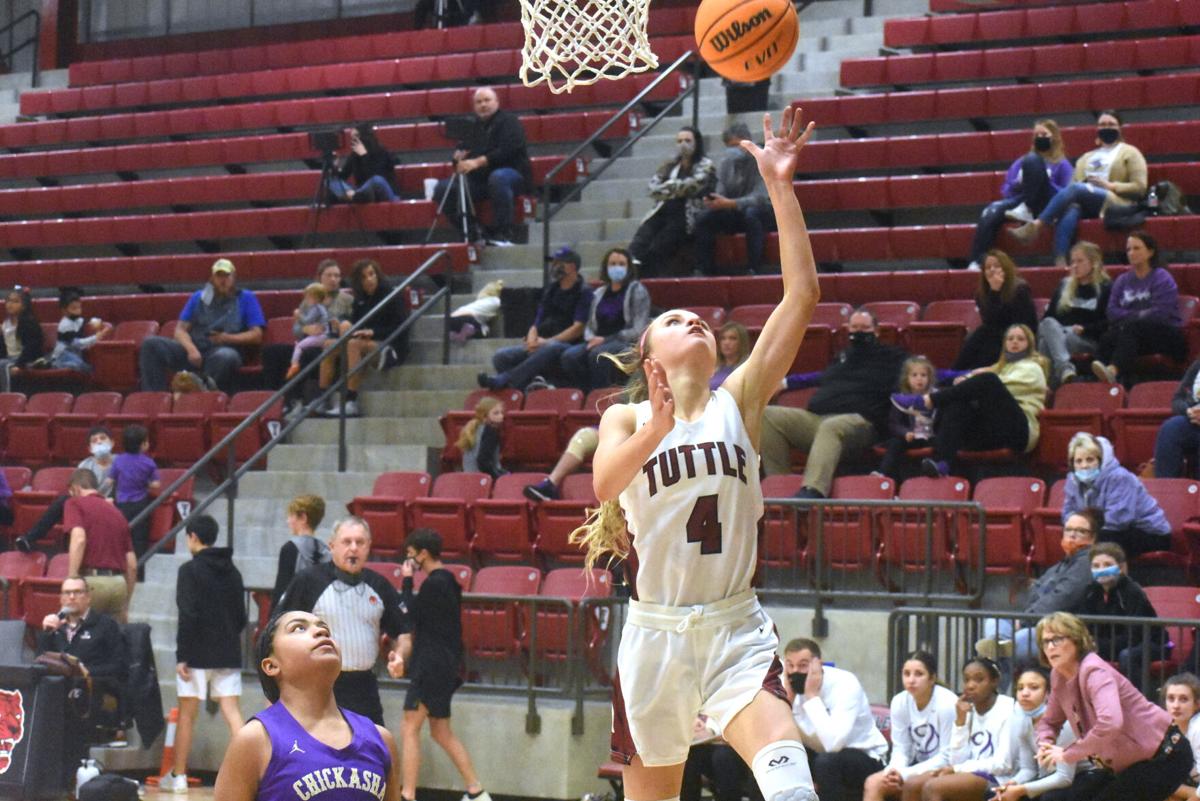 Tuttle's Madi Surber scores a basket during the team's game against Chickasha. The Lady Tigers picked up a 97-25 win in Tuttle on Tuesday. 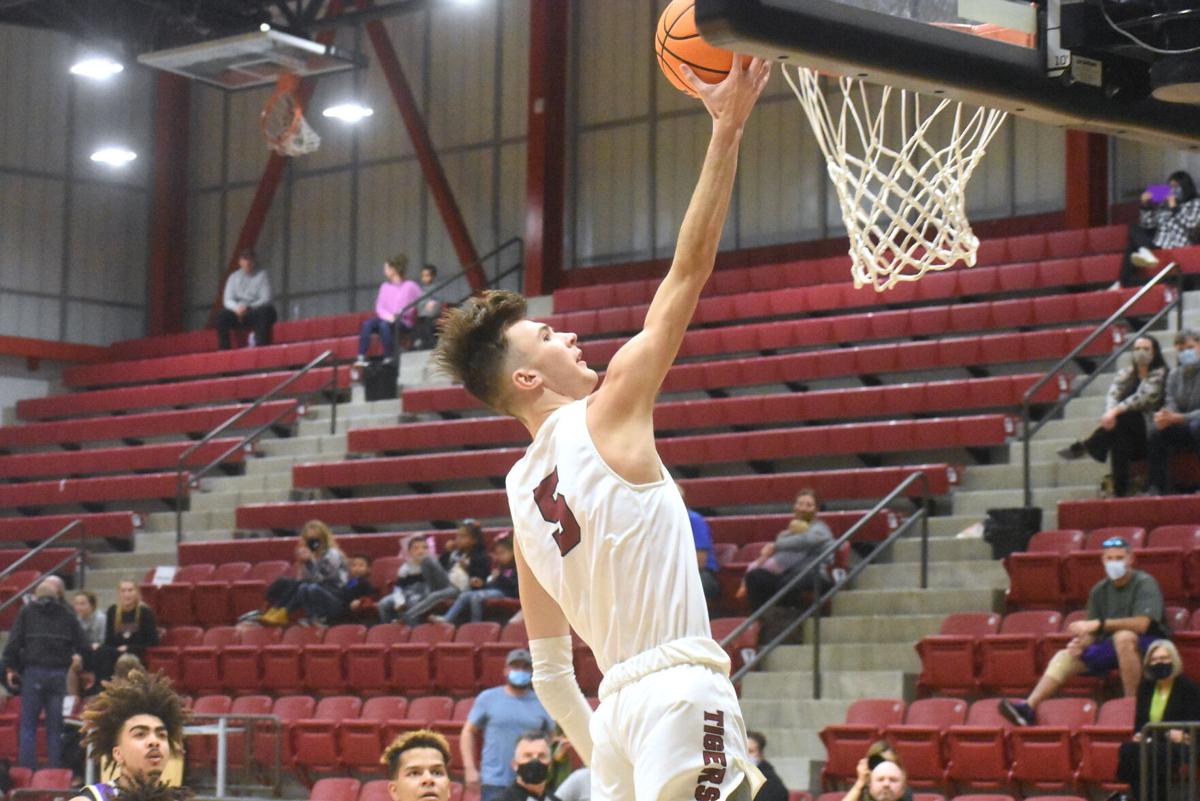 Tuttle's Kaden Vande goes up to score during the team's 75-34 win over Chickasha. The Tigers beat the Fightin' Chicks in Tuttle on Tuesday.

Tuttle's Madi Surber scores a basket during the team's game against Chickasha. The Lady Tigers picked up a 97-25 win in Tuttle on Tuesday.

Tuttle's Kaden Vande goes up to score during the team's 75-34 win over Chickasha. The Tigers beat the Fightin' Chicks in Tuttle on Tuesday.

The two teams took on Chickasha in Tuttle on Tuesday and came away with dominant victories. The two teams combined for 172 points in the two victories and showed why they are highly ranked in the Oklahoma Secondary School Activities Association's Class 4A rankings.

The Lady Tigers put together a fast start and never trailed in their 72-point victory over the Lady Chicks. They opened the game on a 30-0 run and held a 30-2 lead after the first quarter.

Tuttle continued to build on its lead in the second quarter and held a 57-14 advantage at halftime. Madi Surber outscored Chickasha by herself in the first half, scoring 16 of her game-high 22 points in the game's first two quarters.

Tuttle went deep down its bench in the victory, and several players were able to score in the victory. Thirteen players ended up scoring at least two points in the team's win, and three players scored in double figures.

Chickasha's Serenity Golightly led the Lady Chicks with her 12 points. She scored 10 points in the second quarter and was the team's only double-digit scorer.

The Lady Tigers moved to 5-1 on the season with the victory, and the loss sent the Lady Chicks to a 3-6 record.

The Tigers went to the second quarter with a 22-5 lead and held a 40-13 advantage at halftime.

Vande scored 19 points in the first half and finished the game with a game-high 27 points. McCarthey added 23 points in the win, and McDoulett scored 15 points for the Tigers.

Izaya Russell was Chickasha's only double-digit scorer, finishing the game with 23 points. Russell scored 18 of his 23 points in the second half.

The Tuttle boys moved to 5-1 on the season, and Chickasha dropped to 2-7 with the loss.

Funeral service will be 1:30 p.m, Friday, January 8, 2021 at Sharon Baptist Church, Chickasha, OK. Joyce L. Pechacek was born September 28, 1935 in Prague, OK. She passed from this life on Wednesday, January 6, 2021 in Chickasha, OK. She was born to George Leroy Pruitt and Clara Estelle (Shr…

Deborah Jean Sehon, 68, of Chickasha, OK, passed away on January 10, 2021 following a courageous battle against ALS. Born on April 23, 1952 in Shawnee, OK, she was the only daughter of the late A.D. and Reva Burlison. Debbie graduated from Tecumseh High School in 1970 before attending East C…