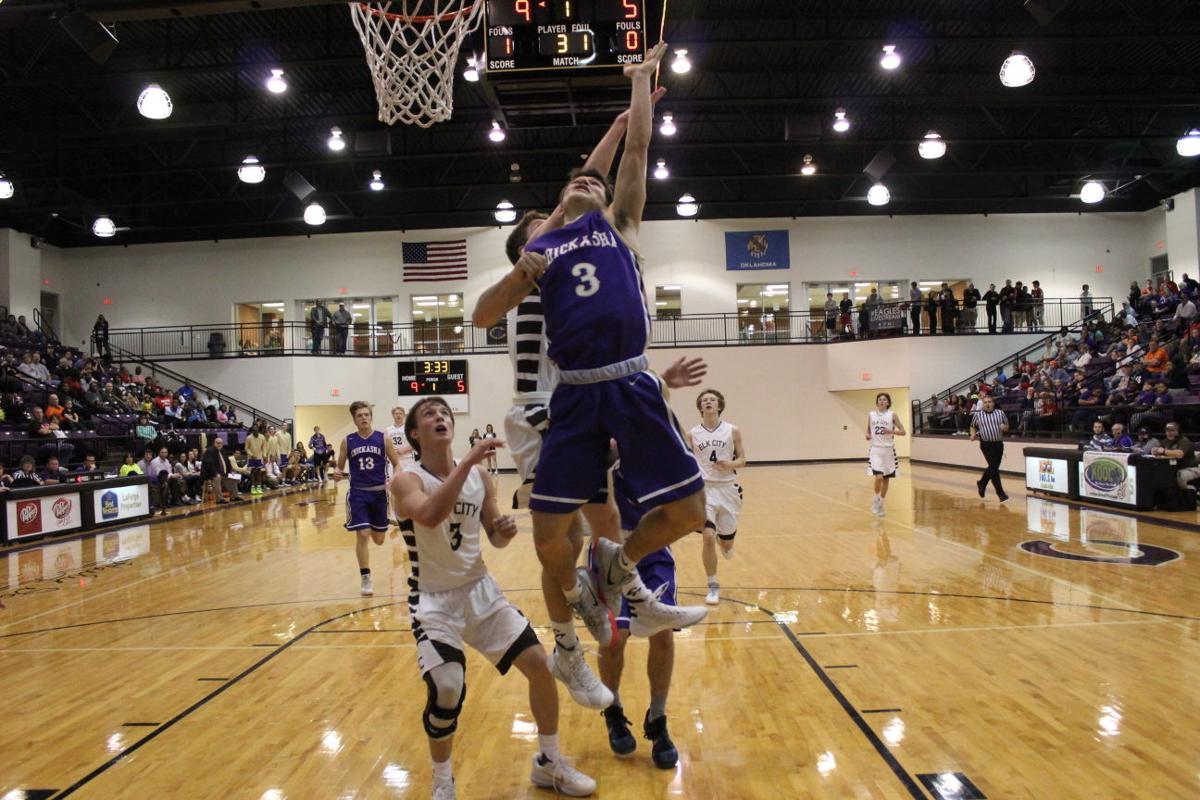 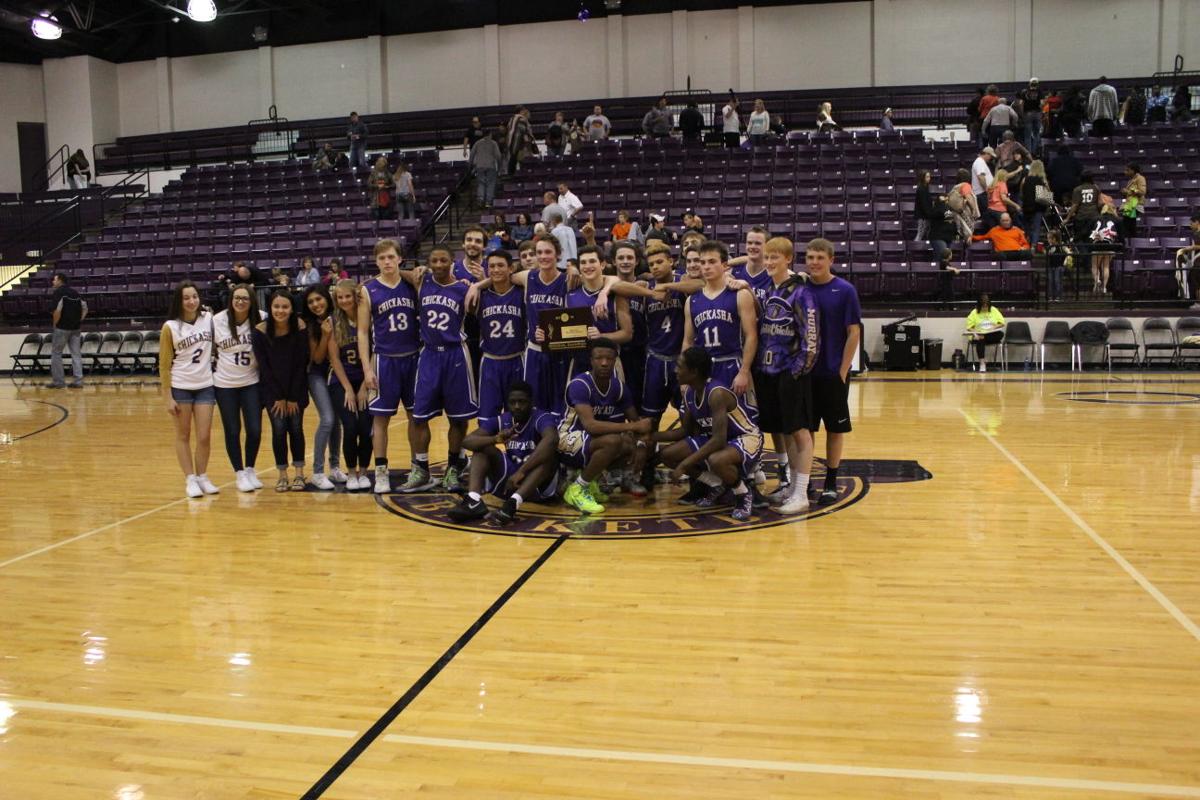 Chickasha is a win away from the 4A State tournament.

The path to state was shortened on Saturday night when Chickasha beat Elk City, 57-39, in the regional final at home. The Fightin’ Chicks essentially led from start to finish with a familiar name at the front.

Junior Brock Henderson scored a game-high 22 points, striking from any sort of range. He and senior Brandon Shumway once again spent the game opening up the defense, combining for six assists.

Senior Colton Christian led mostly from the inside, with 15 points and nine rebounds. It’s the second straight game in which Christian has led Chickasha’s front-court effort.

But from the start, the Fightin’ Chicks did what they do best; running at the Elks reletlessly. Quick transition was the driver of an early lead.

Christian was all over the boards, and a put-back gave him the bucket plus foul shot to take Chickasha on a 9-0 run. It was his work with Henderson that took the offense up a notch.

Henderson lobbed to Christian twice, the first time to open the scoring. When he found him again in traffic, it gave the Fightin’ Chicks a 10-point lead.

The junior guard was doing enough scoring himself, as well, and saved a treat for the end of the half. As the clock expired, Henderson squared up from almost the Elk City bench and drained a three for a 31-20 Chickasha lead.

Chipper Skelton struck from long range to try and spark Elk City to life with a three that brought the deficit to six, but Chicksha fought back. Caleb Nichols sank his own long-range three – this time closer to Head Coach Wes Pulliam than the arc – then floated in from mid-range to take Chickasha’s lead back into double-digits.

Then it was Christian’s turn to hit from long range, putting Chickasha’s lead at 16 points.

The Fightin’ Chicks face Victory Christian at 8 p.m. on Friday in Stillwater. The winner of that game goes directly to the state tournament bracket, while the loser gets one more shot on Saturday.

Mary Jo Long, 87, went home to be with the lord February 27, 2021. Mary Jo was born on February 19, 1934 and raised in Chickasha, OK. Her parents were Fred Tryon and Buna (Clay) Tryon. She graduated from Chickasha High School in 1952, met and married Arbie Clayton Long, the love of her life …