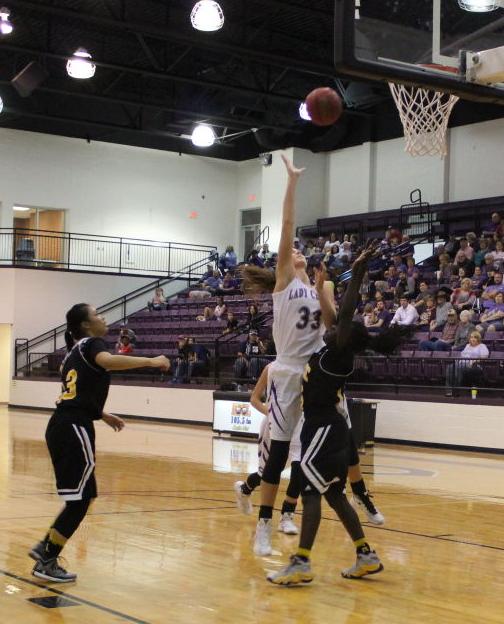 Chickasha senior Taylor Sylvester rises above an ASTEC defender for a close-range bucket during Saturday night's game at the CHS Activity Center. 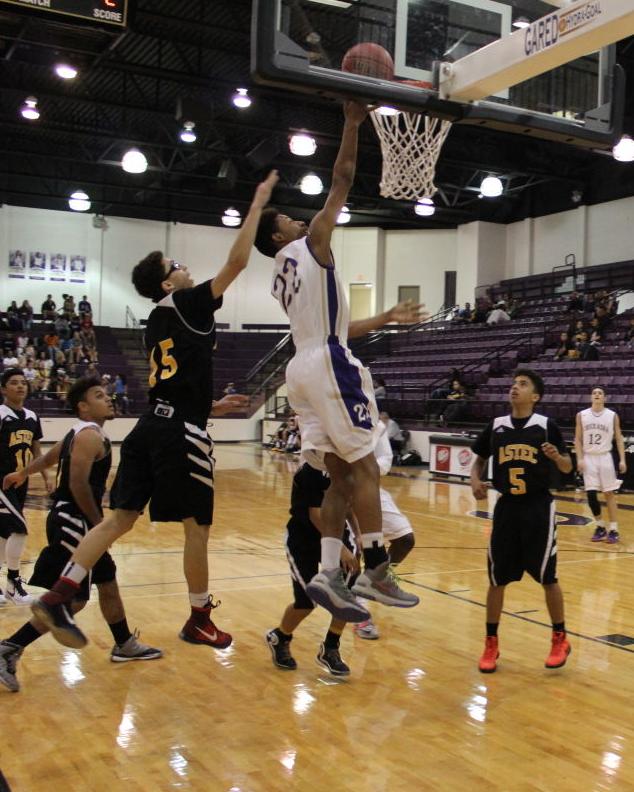 Chickasha guard Keanan Richardson goes in for a layup against Astec during Saturday night's game.

Chickasha senior Taylor Sylvester rises above an ASTEC defender for a close-range bucket during Saturday night's game at the CHS Activity Center.

Chickasha guard Keanan Richardson goes in for a layup against Astec during Saturday night's game.

Chickasha claimed its second consecutive district title on Saturday in a 90-36 win against ASTEC Charter at home.

The win puts No. 6 Chickasha into the winners’ bracket side of regionals, which they will host next week. The Lady Chicks face Weatherford on Thursday in a 6:30 p.m. tipoff.

Six Chickasha players finished in double-digits, with Taylor Sylvester’s 15 leading the floor. She picked up 10 rebounds to finish with a double-double.

Hanna Fergason had a big first half to finish with 12 points and four rebounds, while Tandra King scored 11 first-half points and dished out four assists.

It only got worse for Astec from there.

After Fergason got things underway with back-to-back jumpers from close range, a layup-plus-foul shot for Karissa Duke took Chickasha to a 10-0 lead. It was 12 before Astec responded.

Early in the second half, Fergason reached double-digits. She picked off the Lady Comets from the left block, her favorite spot to cause damage.

Sylvester scored 11 points in the second quarter alone, joining Fergason and Tandra King in double-digits at the half.

A win for Chickasha on Thursday assures them of a spot in area, regardless of the regional final result.

Chickasha is a win away from area after winning district, 80-12, against ASTEC Charter on Saturday.

The Fightin’ Chicks, ranked sixth in 4A, will face Bethany in the regional semifinals at home on Thursday. Victory assures them of a spot in the area round.

Thirteen different CHS players found the bucket as the Fightin’ Chicks rotated the lineup. Braeden Blakes came off of the bench to lead Chickasha with 12 points and six rebounds.

Keanan Richardson also came off of the bench to contribute nine points. Andrew Sinn was lethal from three point range to also finish with nine points.

After finding their fast-paced style of offense earlier in the week, Chickasha was at it again. It was evident in the first quarter when a steal on the baseline for Magyver Boles took three passes to send Brock Henderson through for an easy layup and a 7-0 lead.

Brandon Shumway later found Boles on the block, and the run went to 14-0 for Chickasha. It lasted well into the second quarter and reached 31-0 before Astec found a response.

It didn’t seem to matter who was on the floor. A full lineup change out of the first break gave Braeden Blakes the chance for six quick points. Later in the second quarter, Sinn busted a pair of three-pointers as the Fightin’ Chicks took a 32-point lead into halftime.

ASTEC was held scoreless again in the third quarter while Chickasha busted off a 28-0 run. Chris Nottingham found Blakes on the low block with seconds ticking down for one last bucket in the quarter.

Laura Ann Spangler Howard, 77 of Laramie, WY was called home to be with her family in Heaven on Wednesday July 21, 2021. She was born on June 3, 1944 in Chickasha,OK to Orby and Mabel Spangler. Ann graduated from Chickasha High School. She married her husband Michel Don Howard on September 2…