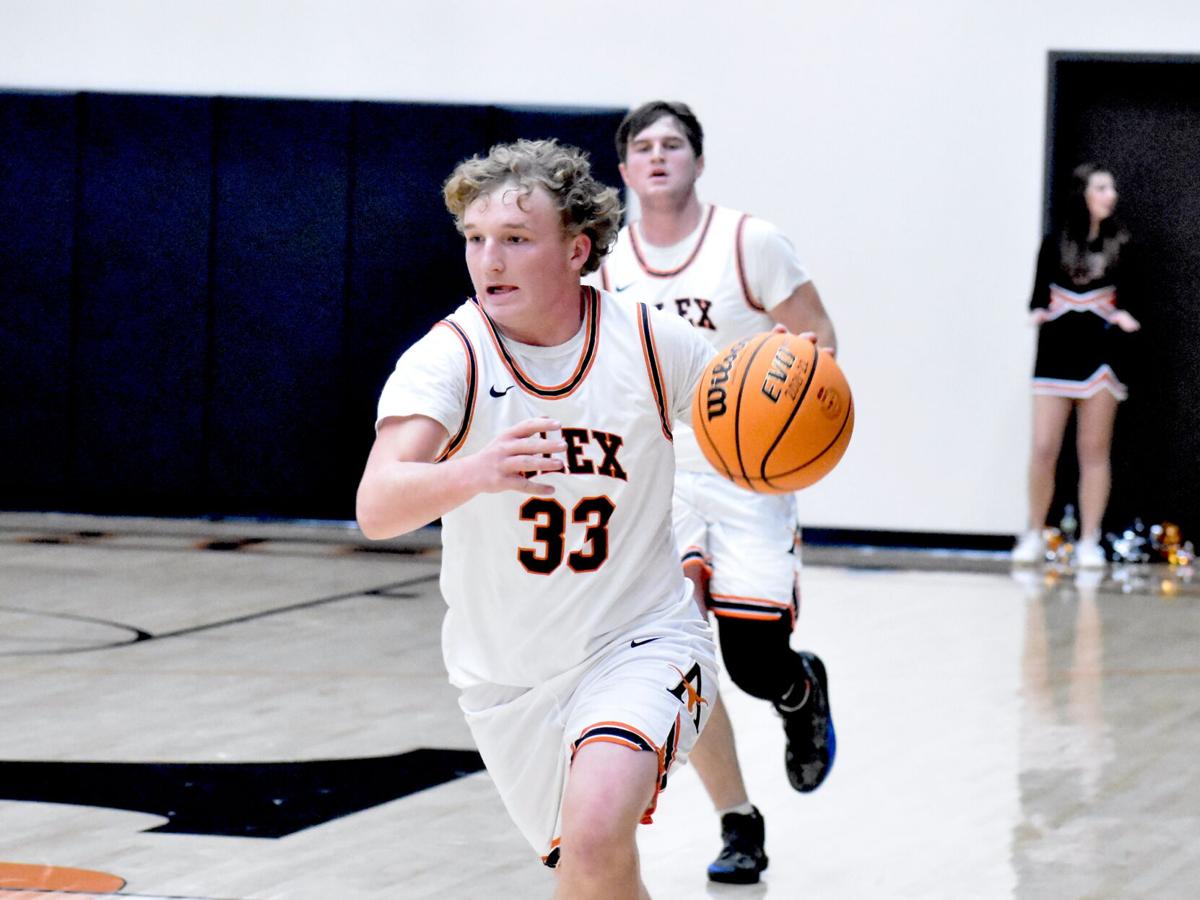 Ricky Thornburg dribbles the ball during a game in Alex. 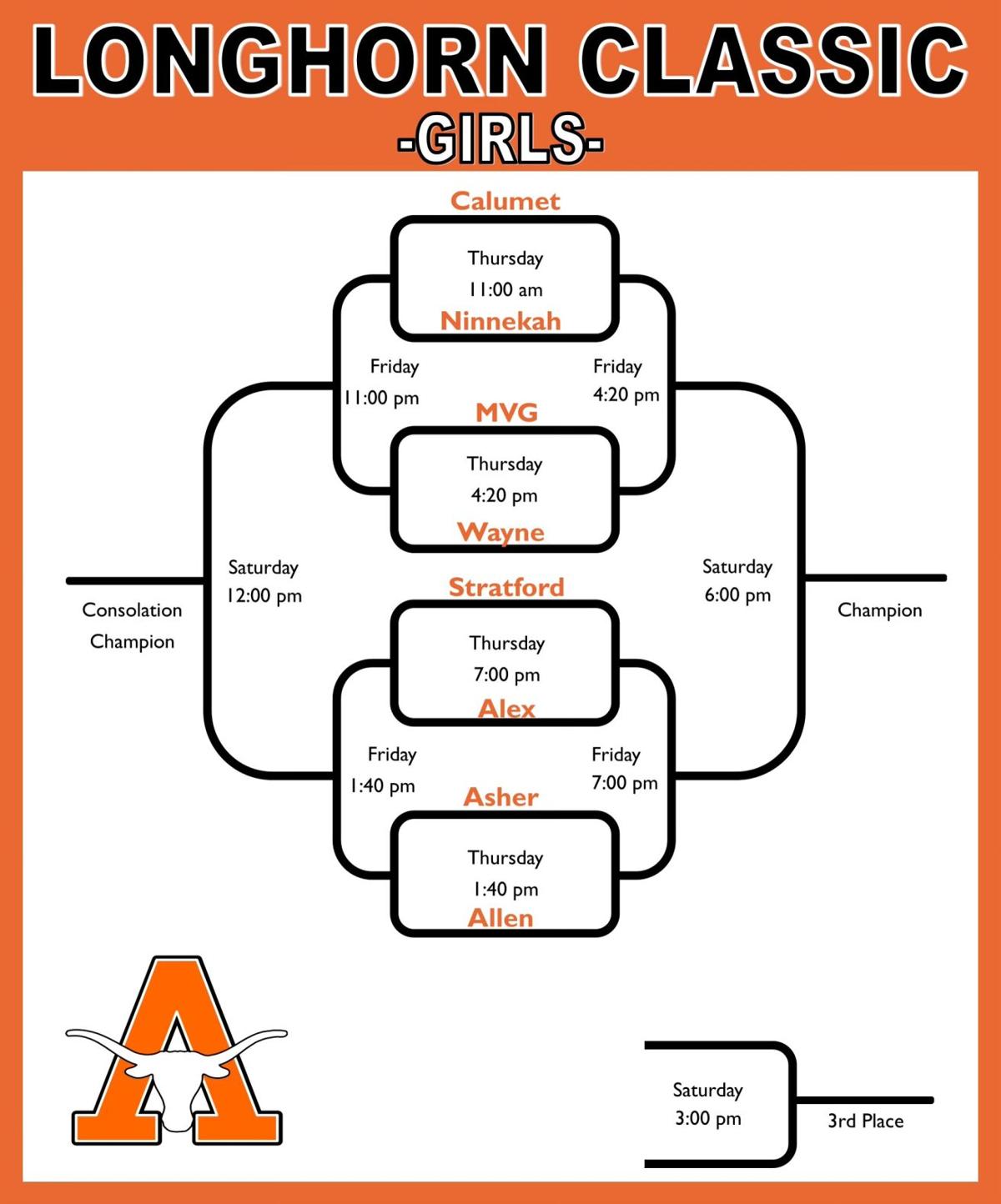 The Longhorn Classic bracket for the girls. 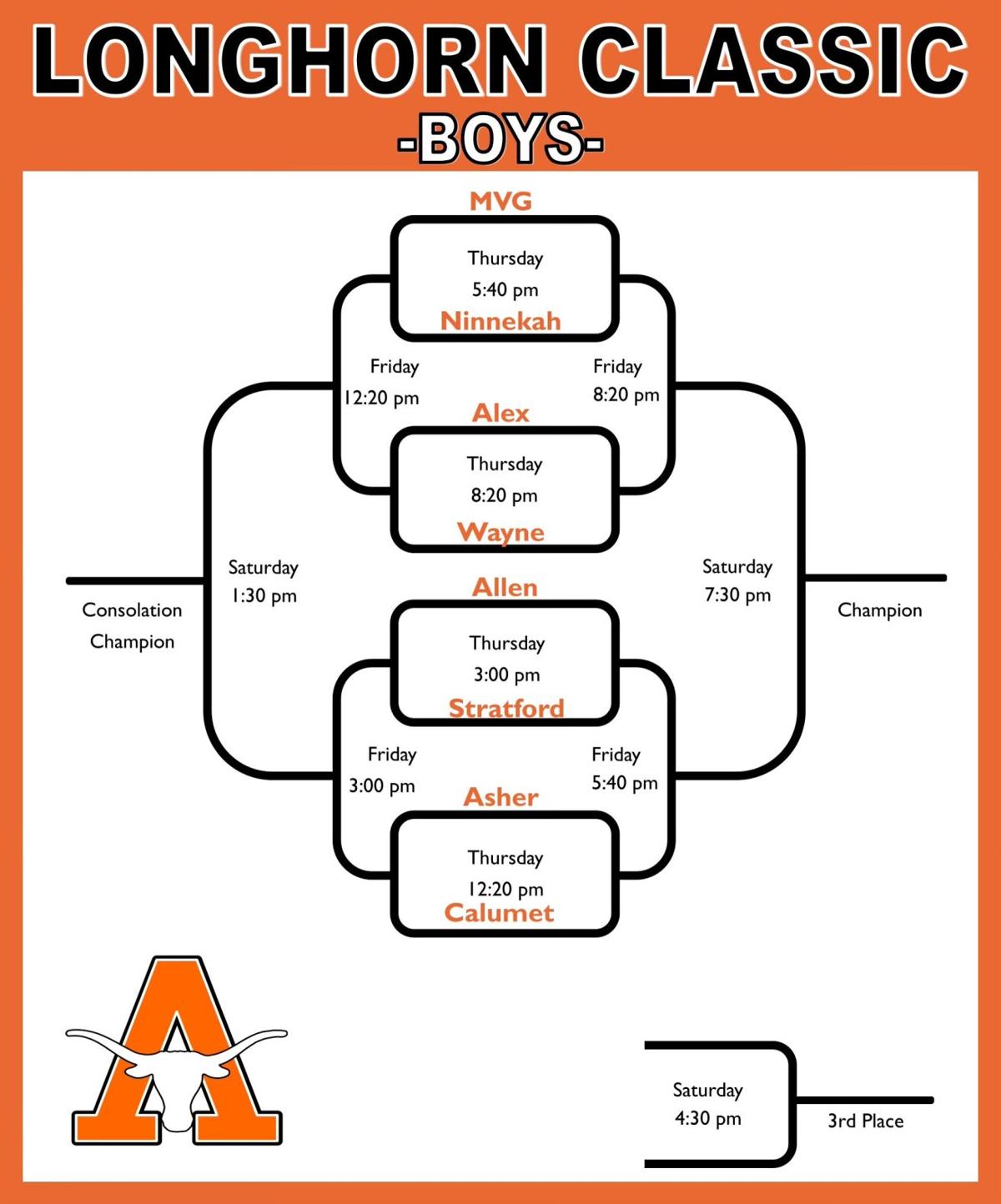 The Longhorn Classic bracket for the boys.

Ricky Thornburg dribbles the ball during a game in Alex.

The Longhorn Classic bracket for the girls.

The Longhorn Classic bracket for the boys.

Alex has released brackets for the upcoming Longhorn Classic.

Alex will hold its annual basketball tournament from Jan. 6 through Jan. 8. The tournament will feature a pair of area schools.

Both Alex and Ninnekah will compete in the tournament.

The Ninnekah Lady Owls are on the top half of the bracket and will play Calumet in their first game of the tournament. The Lady Owls and Lady Chieftains will play their game at 11 a.m. Jan. 6.

Mountain View-Gotebo will play Wayne in the other game on that half of the bracket.

The Alex Longhorns and Ninnekah Owls are both on the top half of the bracket.

The Longhorns will open their tournament at approximately 8:20 p.m. Jan. 6, and they will start their tournament against Wayne in the opening round. Alex could play Ninnekah in one of Friday's games, depending on how the results play out.

The Ninnekah Owls will play their first game at approximately 5:40 p.m. Jan. 6. The Owls will begin their tournament run against Mountain View-Gotebo.

The bottom half of the bracket features Allen playing Stratford and Asher playing Calumet.

Mar 3, 1952 - Jan 19, 2022 Houston, we have a problem! Darla Karen Weese Schmidt Hamilton was born on March 3, 1952, to Theodore Edwin Weese and Genevieve Weese Sadler. She was raised in Wichita Falls, Texas and in high school moved to Enid, Oklahoma where she met and married Bill Schmidt. T…

Graveside service for James Cleve Brookshire, age 54 of Chickasha will be held at 3:30 pm on Tuesday, January 18, 2022, at the Verden Cemetery. Services are under the direction of McRay Funeral Home.

Graveside service for Laveta Kay Black Loveless, age 52 of Chickasha, will be 1:00 pm on Tuesday, January 18, 2022, at Fairlawn Cemetery. Services are under the direction of McRay Funeral Home.