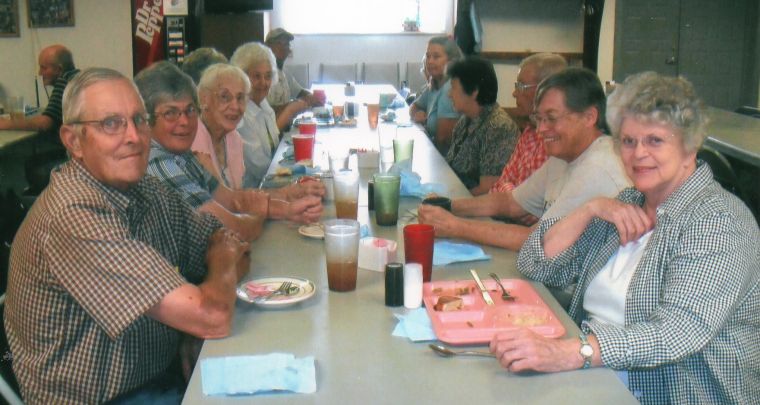 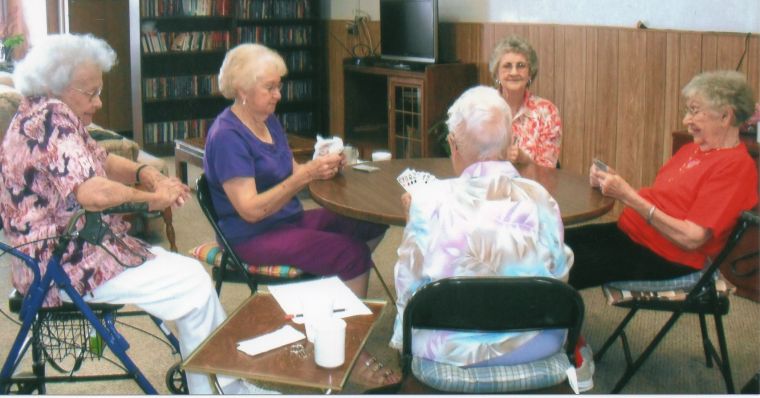 At the June Ninnekah City Council meeting June 28 the council unanimously voted to pass Resolution 2010-1. Mayor Bob Perry signed the resolution and it was notarized by City Clerk Johnnie Moyer.

The council stated in the resolution that it was dedicated to the health and well-being of the citizens of Ninnekah and the passing of Proposition 1 on the Primary ballot. Voters will be asked July 27 to show their support, in the form of a sales tax, for the area Senior Nutrition Centers.

At the same time this event was taking place, similar actions were taken by the city councils in Rush Springs and Verden and other towns around the county.

A spokesperson for Grady County Nutrition sites reported that on the Channel 5 news last Tuesday morning, a story was aired of yet another nutrition site in Pottawatomie County had closed its doors.

"If it hurts one elderly person in our county, it hurts all of us," said Mike Day, a Grady County businessman. "We have to keep this from happening."

The Citizens for Progress in Chickasha, Inc. has given $750 to promote this proposition.

"This is a real boost and a blessing to find such warm-hearted people in our county," said Liz Craig, Ninnekah Senior Nutrition Center vice-president and administrator.

"The Grady County Commissioners are that kind of blessing and have helped every step of the way," she said. "Jack Porter, Mike Lennier and Windle Hardy all get a thumbs up."

The Minco program is coordinated by Tammy Clement and she is the only paid employee covered by ASCOG (Association of South Central Oklahoma Governments).

The senior center pays Carol Morse's salary to cook the meals at the center, with the help of one volunteer known simply as Daniel.

Minco recently had to take on an $18,000 debt to put a new roof and an air conditioning unit in the building they own. Being on your own in this economy is not the best situation, said some of the senior citizens. However, they are grateful to have a place to go for companionship and a good meal.

The Minco center feeds an average of 45 people a day, with Meals on Wheels delivering another dozen. Insurance on their nine-year-old cargo van used to deliver meals is getting very expensive and has no back-up warning system. This makes it hard to see behind the vehicle.

Tammy said that every dime they receive in donations is used to pay bills and buy groceries, on top of now worrying about an $18,000 loan payment. Meals on Wheels is for many shut-in elderly, which can be the only human contact they have during the day. This allows for much-need checks on their well-being and any needs for medical attention.

Passing Proposotion 1 on the July 27 Primary ballot is of critical importance to the well being of the Senior Citizens in Minco, and they are working very hard to promote its passage.

"1/8 of a penny sales tax can't be too much to ask to feed the elderly in our county," said Mrs. Clement.

A leaking kitchen sink, leaky faucets, hot water spewing out the top of the hot water tank, a leaky roof, ceilings and floors in need of repairs, no air conditioning in the office or storage room are just some of the problems at the Tuttle Senior Nutrition Center.

The senior citizens still show up every day for a game of cards, companionship and that good hot meal every day. For many, it is the only  meal for the day.

Coordinator Debbie Smith said they feed about 50 people on a daily basis. The Meals on Wheels program feeds about another 12 shut-in elderly. Like Minco and most of the other nutrition centers, ASCOG pays only for her salary.

She is not only coordinator, but also substitutes as cook, dishwasher and driver for Meals on Wheels. The center receives no funding from ASCOG, other than Debbie's salary.

Debbie said that many nights she is out searching past 10 p.m. for bargains for groceries to put on the table, for the elderly expecting a good hot meal. They rely on donations and the generosity of others, but no money is left for much-needed repairs

The passage of Proposition 1 is vitally important, if they are to continue serving the senior citizens in their community.

"Many of our people suffered the Dust Bowl Days in Oklahoma. They survived the Great Depression and should not be facing this crisis due to cut backs from the state. Passing this proposition will fund all seven centers in our county. What hurts one center, hurts all of us," she said.