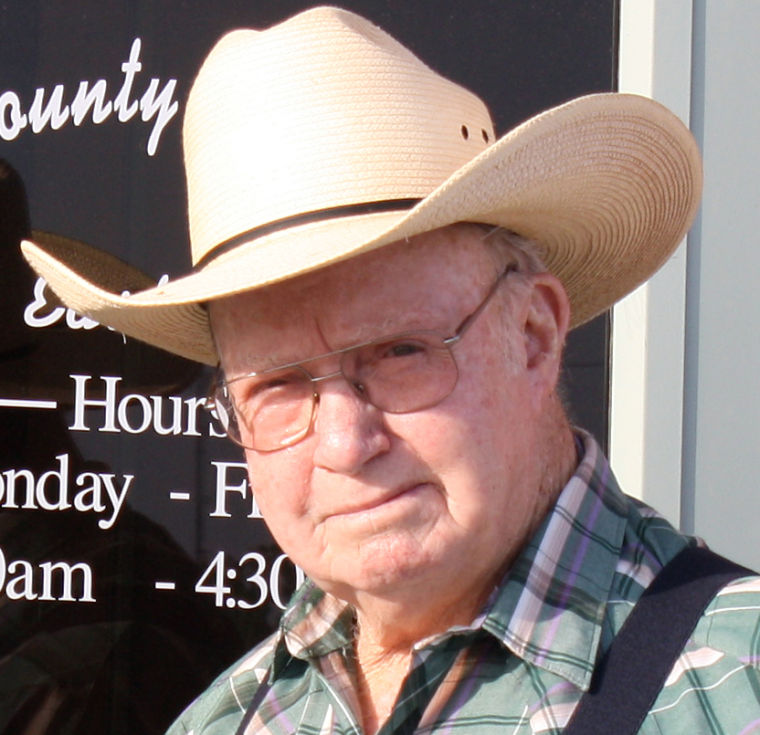 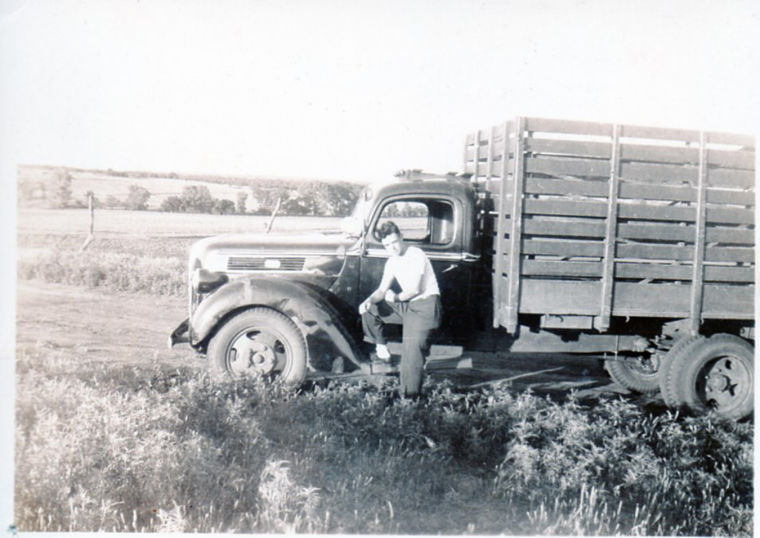 During World War II, Roland Brashears was too young to be drafted. Like most other Grady County residents, however, that didn't keep him from contributing to the war effort.

Driving German prisoners of war back and forth to work in the fields of area farms was pretty exciting for a young man on the homefront. Roland's father, Troy (Trig) Brashears ran a trucking company and, in addition to hauling cattle, contracted to transport German soldiers imprisoned at what is now the Grady County Fairgrounds to work in the broomcorn and cotton fields.

POW camps in Oklahoma were not uncommon during World War II. A list at okielegacy.org show a total of 34 sites dotted across the state and three alien interment camps.

Chickasha actually had two separate camps. One was located on the south side of Highway 62 at the fairgrounds. According to okielegacy.org this camp originally opened on Aug. 17, 1944 as a branch of the Alva Camp and then later a branch of the Fort Reno camp. There were 250-400 prisoners held at this location. The camp closed Nov. 16, 1945.

The second camp was located on the west side of Chickasha at the Borden General Hospital and was a branch of Fort Reno. It opened April 16, 1945, and according to okielegacy.org some of the prisoners from the Chickasha POW camp may have worked at the hospital in maintenance before the camp opened. This camp closed on May 1, 1945.

On a recent summer morning, Roland Brashears met a reporter at the fairgrounds to reminisce about the POW camp and his experience with the prisoners.

It has been close to 65 years since his experience with the German prisoners at the young age of 16. But, in his mind's eye, it was just as if it was yesterday.

"The original building was right over here and there was a gravel road that ran right through here," Brashears said pointing to an area near the current fairgrounds' office. Turning to point to a spot in the distance toward Highway 62, he said, "There was a big row of trees back that way and there was a two-lane road. There was an old overpass that looked like it was about to fall down.

"All this area was fenced off with about eight to ten foot high barbed wire fence to keep the prisoners in. You know, actually they didn't want to escape. It was better than what they had where they came from. Here they got three meals a day, cigarettes and a place to sleep. The guards carried rifles, but because of the Geneva Convention rules they weren't even loaded.

"I didn't find out until later that when our boys would go overseas, they would send the POWs back on the troop ships. Since our boys were gone fighting, we needed the POWs to work the farms," he said.

Brashears explained that the farmers could come up to the camp and make a deal to haul the prisoners back and forth to the fields. He said each truck had an interpreter.

"You heard about escapes from time to time, but they always came back. Where were they going to go? And, they couldn't speak English. I heard one escaped and he crossed the river there at Johnny Collier's farm. The sheriff was called and Dee Arthur Wilson came and picked him up," he said.

Brashears said that the German prisoners wouldn't get in their trucks if they were dirty.

"We would have to take the cattle out at night, clean out the truck and have it ready to go for them to load up at 6 a.m.," he said. "They carried their own lunchbox. They farmers didn't have to feed them."

Brashears said the prisoners weren't always easy to haul and there was only one time that he actually became scared.

"We normally had about 30 prisoners in our truck and the ones in the middle had to stand up. One afternoon after we had already loaded up, the guard had lost count. He told the interpreter to tell everyone to get out of the truck and he was going to count again.

"Well, all but one got out. He was on the front end and just said, 'Count me as number one.' There were two guards. One on each side of the truck. One guard told the interpreter, 'I said tell him to get out one more time.'

"He nodded his head and flipped his rifle up and loaded at the blink of an eye. When he cocked the gun, that prisoner came out in a hurry. I don't know that he could have shot him, though, due to the Geneva Convention rules.

"I asked him what he would have done if the prisoner would not have gotten out. The guard said, 'Well, I bluffed him and it worked.' I didn't know what was going to happen," he said.

Brashears said once the camp was closed, he continued to work with his father until 1947. He spent his career driving a truck until his retirement in 1993.

"I went to work in the oilfield, was a dozer operator and worked the farmland. In 1982 I went to work for Halliburton in Duncan. That was the only time I ever moved out of Grady County," he said. "I delivered trucks all over the United States and Canada." There's no question, however, that his most unusual cargo was the German soldiers in Grady County during World War II.