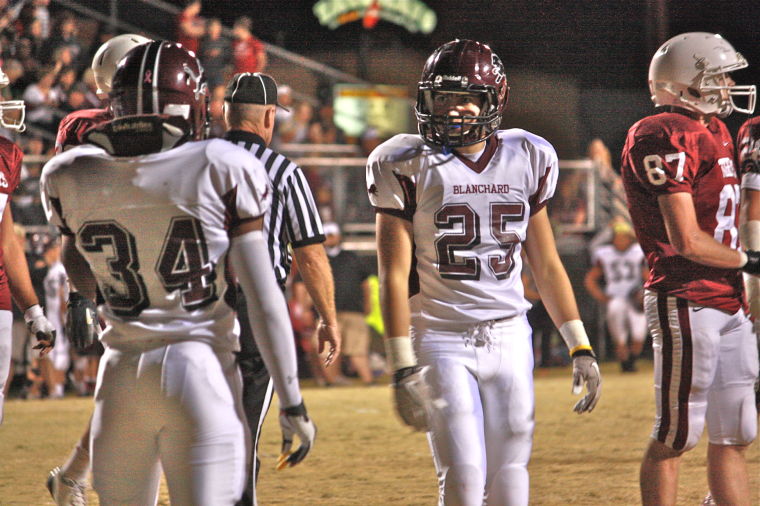 The Blanchard Lions finished third in district 3A-1, and will play the first round of the playoffs in Cushing at 7:30 p.m. Friday. 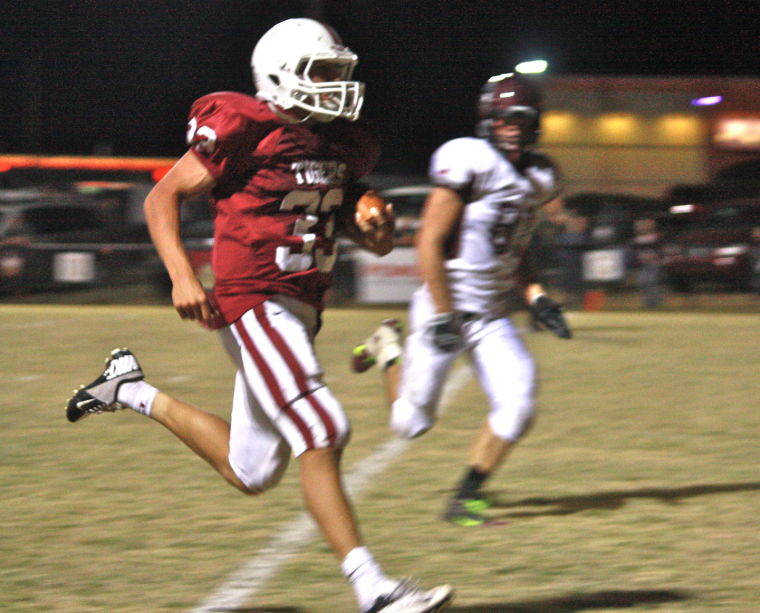 Tanner Brannon runs during the Nov. 2 game against Blanchard.

The Blanchard Lions finished third in district 3A-1, and will play the first round of the playoffs in Cushing at 7:30 p.m. Friday.

Tanner Brannon runs during the Nov. 2 game against Blanchard.

Blanchard and Tuttle are both in class 3A, and ended their regular seasons with a dramatic matchup in Tuttle, during which the Tigers came out on top and gave the Lions their first loss of the season, also handing the district championship to Jones.

As a result, Blanchard is scheduled to play Cushing in the first round on the road Friday, as opposed to hosting early-round games.

A win for Blanchard would mean a second-round matchup between the Lions and the winner of the Star Spencer/Madill game.

If Tuttle wins, it will play against the winner of the game between Kingfisher and Lone Grove.

Alex High School also made the playoffs, with only one loss. The Longhorns will get to host their first  round playoff game against Garber High School.

If Alex wins its first-round game, the Longhorns would play the winner between Weleetka and Rejoice Christian.

The Longhorns are scheduled to kick off at 7:30 p.m. Friday.

Minco High School just barely made the class A state playoffs by winning its final game of the regular season against Pioneer-Pleasant Vale.

In the first round, the Bulldogs will play Ringling on the road at 7:30 p.m. tonight.

Minco finished the regular season with a 6-4 overall record, and placed fourth in the district.

If the Bulldogs win their first round game, they will play the winner between Hollis and Okeene.