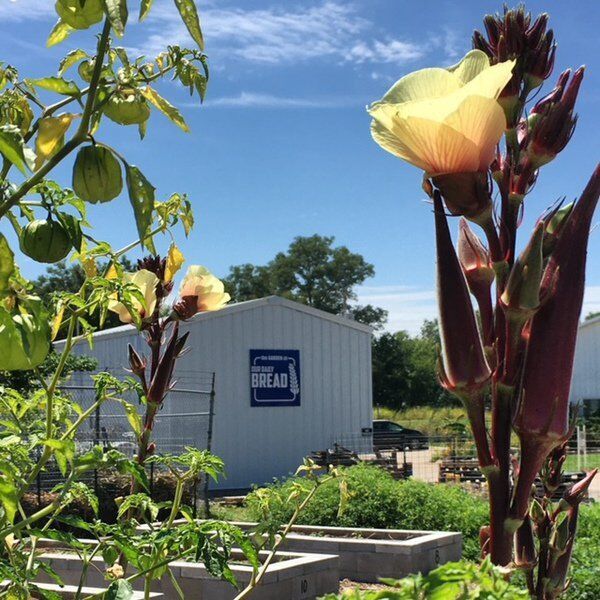 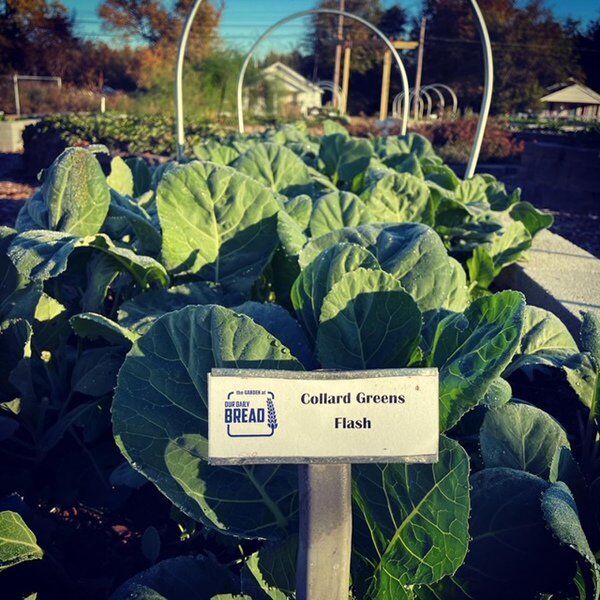 The garden at Stillwater's Our Daily Bread Food and Resource Center is a complement, a complement to the community service organization’s usual operations and an additional source of fresh fruit and vegetables.

The produce grown in the garden isn’t necessarily something that every guest wants, but it’s very popular with a group of guests who come there on a regular basis, ODB Operations Manager Zach Wilson. Others just stop by occasionally when the weather is nice to do something like pick a few berries.

The garden is available during the center’s regular hours of operation and after hours.

Payne County Extension Horticulture Educator Keith Reed has coordinated the garden’s development. He says it actually consists of a series of gardens in various areas around the building that were developed over time and with the help of many people.

There are beds near the building and an herb garden inside that were developed by OSU professor Bailey Norwood and students from his Farm to Fork class.

The big garden started slowly after being discussed for several years, Reed said. It expanded much more quickly after the COVID-19 pandemic began last spring.

“We’re growing as much food as possible in the space available,” he said. “... If you’re hungry and you want something from the garden, you can harvest it yourself.”

Reed believes that’s preferable to having staff toss something like Brussels sprouts in the food boxes of guests who might not want them or know what to do with them.

He said the garden has the ability to provide people with more than physical sustenance, based on the reactions he hears during conversations while he’s working in the garden. He tries to schedule his work days when guests will be there picking up groceries so he can take the opportunity to teach them about it.

He sees more people interested in gardening these days, whether its because some younger people don’t like what’s available to them or whether it’s because scarcity during the pandemic made some people concerned about the food supply.

“I answered more home gardening questions in the last year than I have in the previous five,” he said.

Since the pandemic began, Reed has shifted to spending more of his office time at the garden site, using it as a demonstration garden and teaching people from there. It has also been featured on the Oklahoma Gardening several times.

But that’s just its secondary mission, the primary mission is to grow food, he said.

Regardless of the reason, they stopped by, Reed sees people getting more from it than nutrition.

A lot of the people who drop in to the garden, even though with no direct gardening experience, have some type of family connection to gardening, often their grandparents.

“It brightens people’s day … It’s a refreshing bright spot,” he said. “They say things like ‘I smell my grandma’s garden when I’m out here.’”