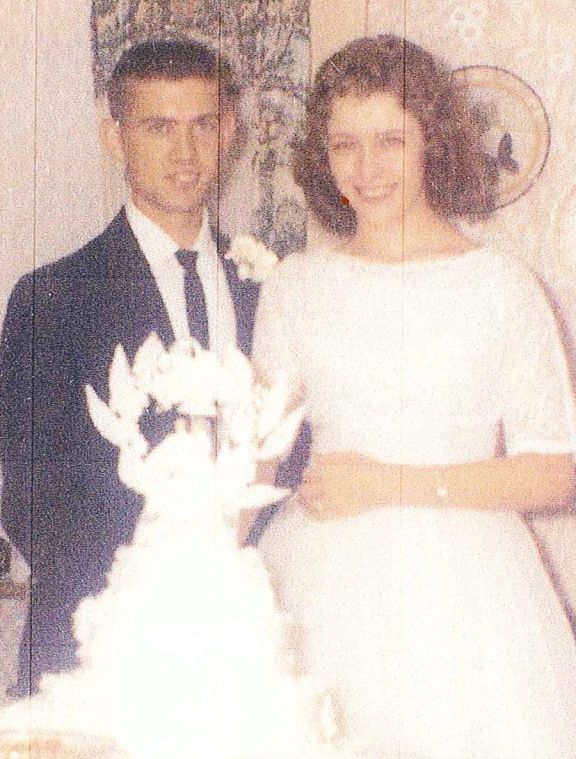 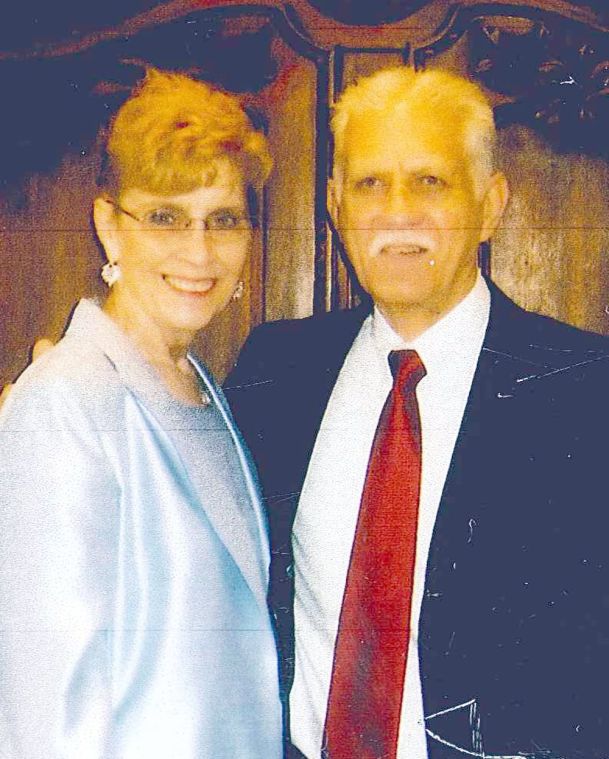 Dale and Kaye (May) Cook were married on Aug. 4, 1962, in Chickasha in the home of Kaye’s sister, Louise and Bill Johnson.

The couple has known each other most of their lives. Kaye’s mother would do her weekly laundry at The Snow White Laundry that was owned and operated by Dale’s parents. Mrs. May and Kaye shopped every Saturday at the local grocery store where Dale worked. Dale ate frequently at the Dairy Delite where Kaye was a carhop.

Dale worked at local grocery stores including Safeway in Chickasha, Hobart, Oklahoma City and Norman for more than 20 years. He opened his own business, Big D’s, in 1978. Last year, the business added coins and cards along with two grandsons, Ben and Brandon. Kaye worked in Chickasha at the Diary Delite and later at the Dairy Queen where her mother was manager. After the couple’s children started school, Kaye began working for Norman Public Schools. She has been an Avon representative for more than 33 years. Kaye was employed with NPS for 25 years before retiring in 2000.

The Cooks lived in Chickasha for almost three years, Norman for 47 years and Hobart for three months.

The couple are members of Immanuel Baptist Church and The Canadian Rivers Cruisers Car Club. Dale had previously been a member of Chickasha and Norman bowling leagues and Thursday night golf league. Kay is a member of The Sassy Sooners Red Hat Society. Dale enjoys playing golf. The couple enjoys going to antique stores together, day trips, cars shows and movies.

The couple’s children include Susie Lee and her husband Boyd of Chickasha, and Hap Cook and his wife Jennifer of Norman. Grandchildren include Josh and wife Stefanie Lee, Jay and Shannon Lee, Ben, Brandon and Andrew Cook.

A reception was held Saturday in honor of the couple.

A private family graveside service will be held for Wayne Robnett at the Marlow Cemetery in Marlow, OK. Wayne passed away on June 18, 2021 at the age of 83 in his home in Chickasha, Oklahoma with his family at his side after battling cancer. Wayne was born on June 4, 1938 in Oklahoma City, O…