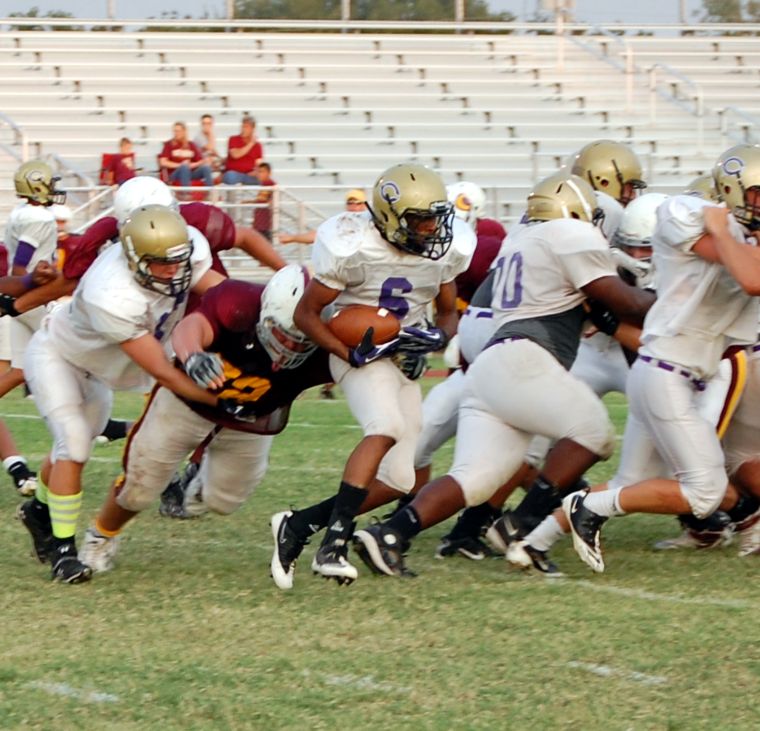 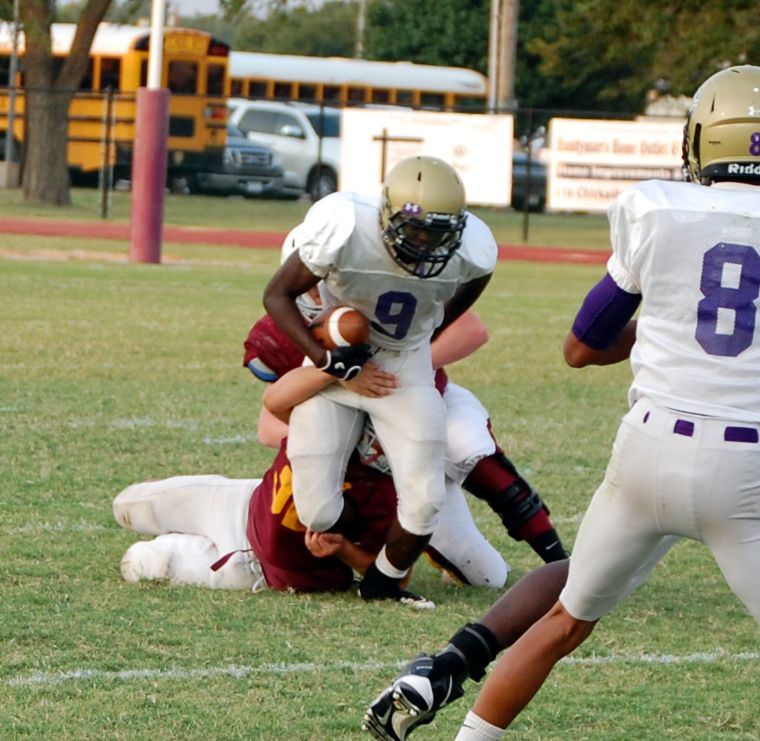 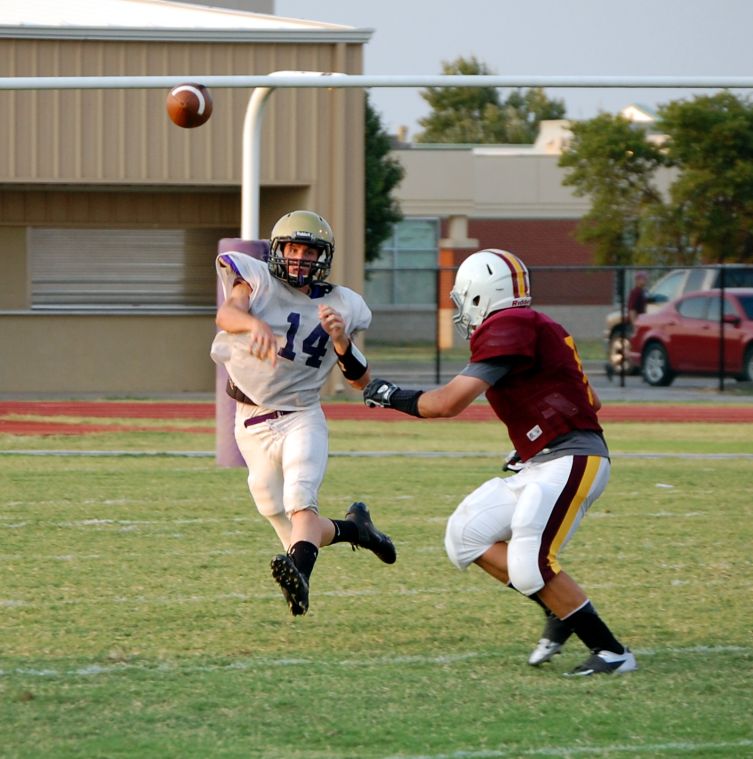 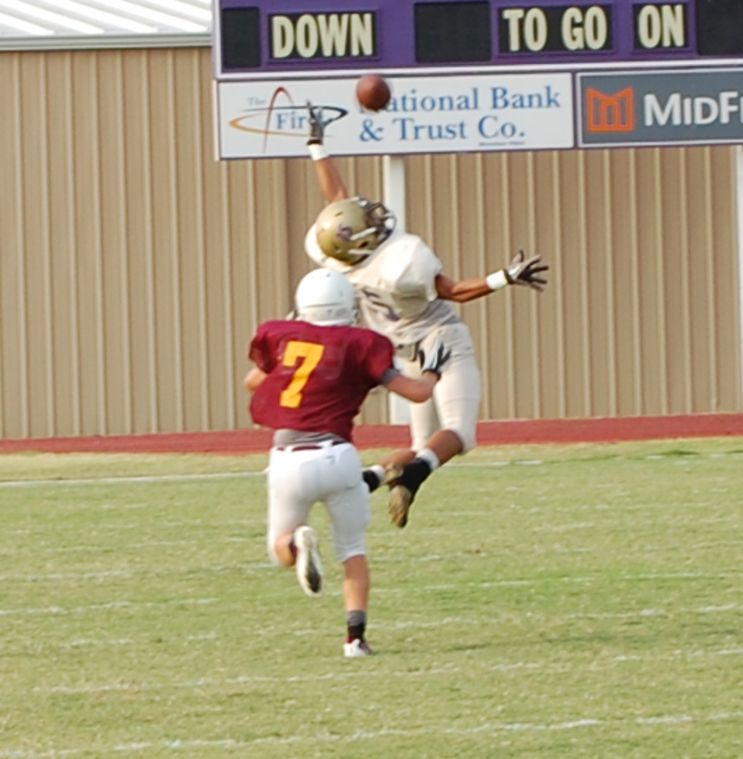 Chickasha High School's last  preseason scrimmage left a lot to be desired, with the Fightin' Chicks coming up empty against Clinton on Thursday at Memorial Stadium.

During the varsity scrimmage, each offense was given a ten-play drive, then they played a 12-minute period.

Neither team scored on the initial ten-play drive, but Clinton came out and established the run early, just like Chickasha head coach Tom Cobble told his team it would.

Cobble said his team's mentality wasn't where it should have been going into the scrimmage.

The Red Tornadoes broke a couple of big runs on the first drive before stalling out and giving the ball to Chickasha.

The Fightin' Chicks tried to answer Clinton's attack with a running game of their own, but Chickasha's ball-carriers couldn't find any gaps.

"I would attribute a little bit of that to Clinton," Cobble said. "In our option game, our quarterbacks made a few bad reads. More than anything, we just need to come off the ball. We may need to introduce some tight end  to help us."

Chickasha got the ball first at the beginning of the 12-minute scrimmage, and senior quarterback Bubba Wright ran the offense.

Things didn't go well on that first drive, with the Chicks going three-and-out on one short run, an incompletion that was almost picked off, and a fumbled snap.

Clinton wasted no time shoving the ball down the throats of the Chickasha defense, gashing the Chicks with a quarterback draw for a big gain, followed by a hand-off up the middle for a quick touchdown.

Chickasha's second drive ended with an interception by junior quarterback Cade Morris, which Clinton returned deep into Chicks territory. The Red Tornadoes scored just over a minute later with another run.

The Fightin' Chicks went three-and-out the next time on the field and were forced to punt, but got the ball back shortly after on a Clinton fumble.

The game ended on another interception by Morris, giving Clinton the 14-0 victory.

Still in the midst of a battle for the starting quarterback position, neither Morris nor Wright could do much to separate himself for the job.

To be fair, there were several passing plays that likely would have been called pass interference on the Clinton defense, and both quarterbacks made a few good plays in the option, but it is still unclear which quarterback has a leg up on the other.

Early in the first drive for Clinton, the Chickasha defense came out with intensity and made a couple of good stops, but eventually gave way to the Clinton running game. Cobble wasn't sure what the reason for the drop-off was.

"I just think these guys haven't learned to play when someone is in their face," Cobble said.

On the positive side, Chickasha didn't make a lot of mistakes on the field, said Cobble, which is an improvement from last season.

"You know, last year around this time we were not lining up right," Cobble said. "Past all that we've got to get more aggressive, and we'll try to address all that in practice next week."