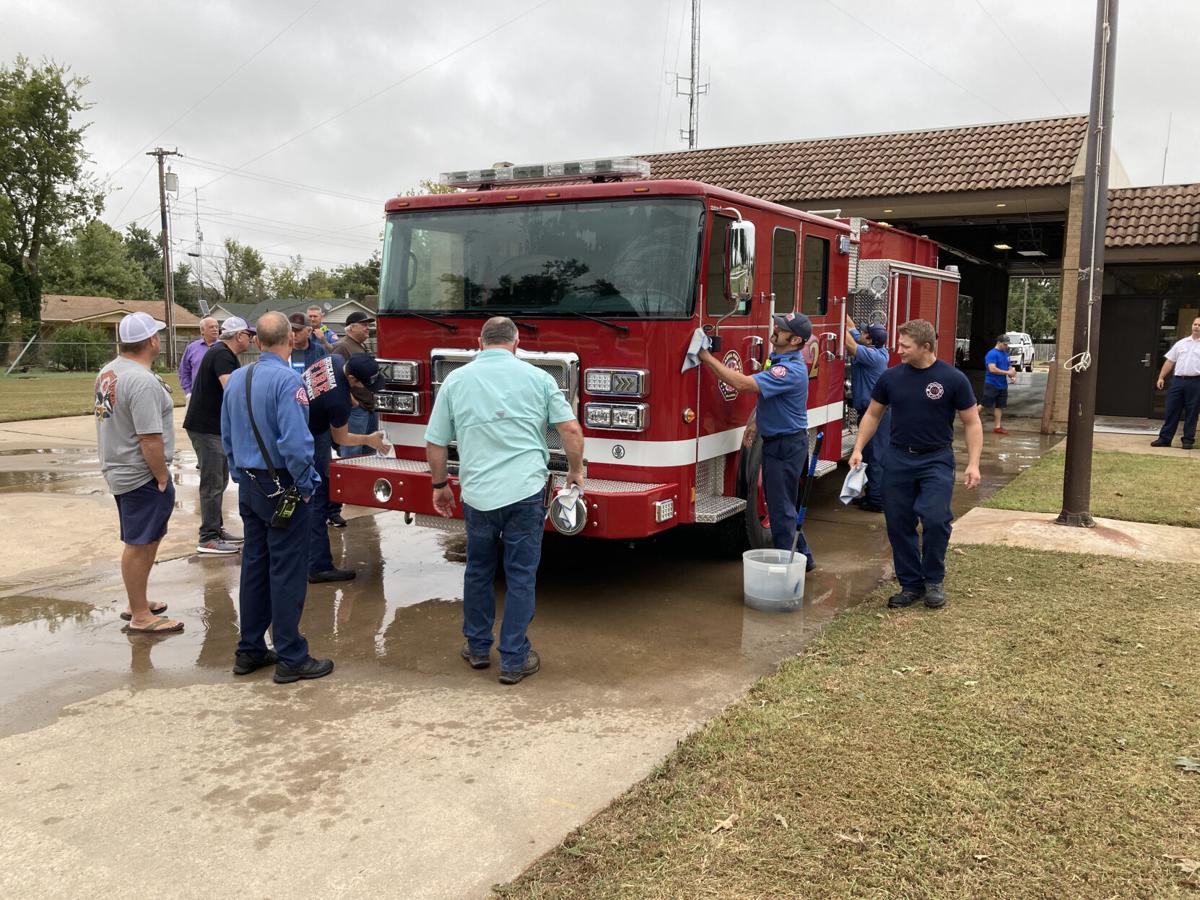 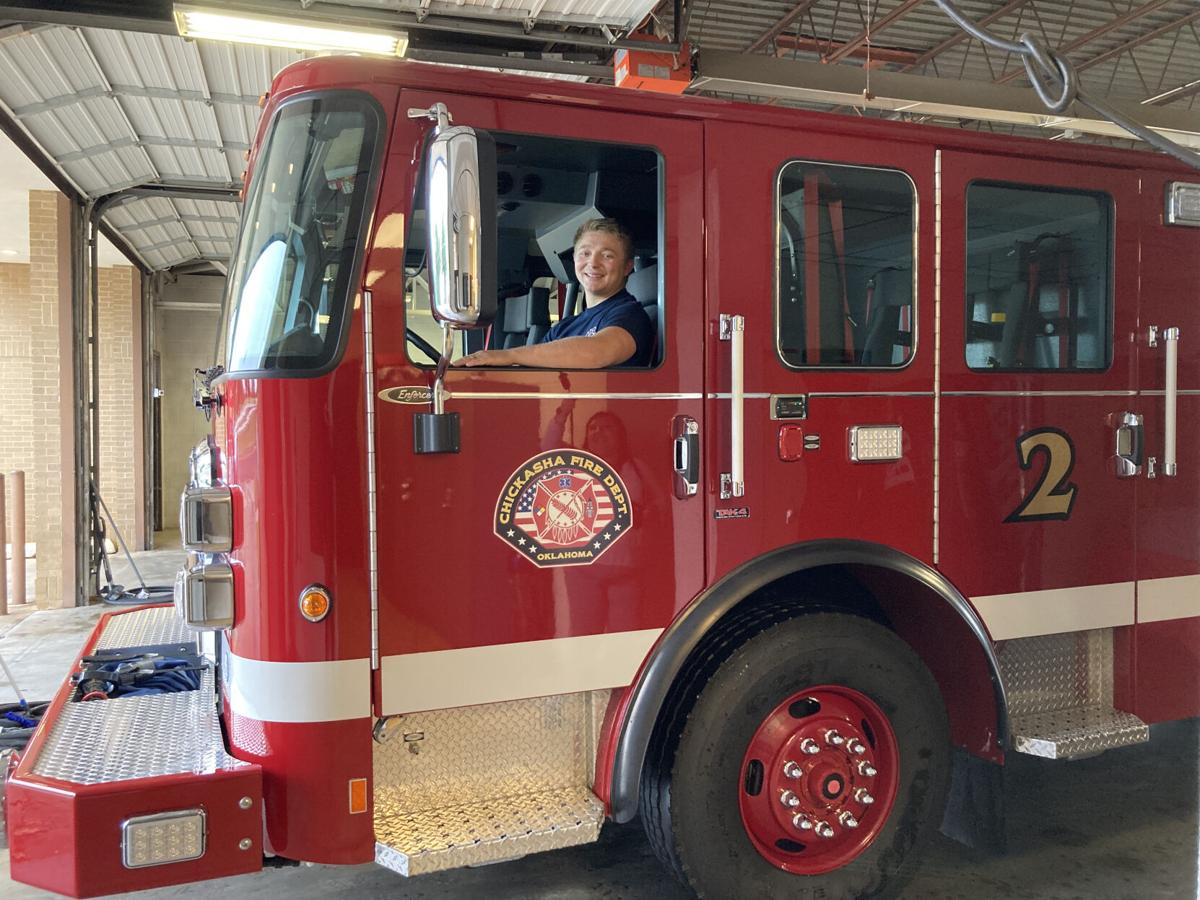 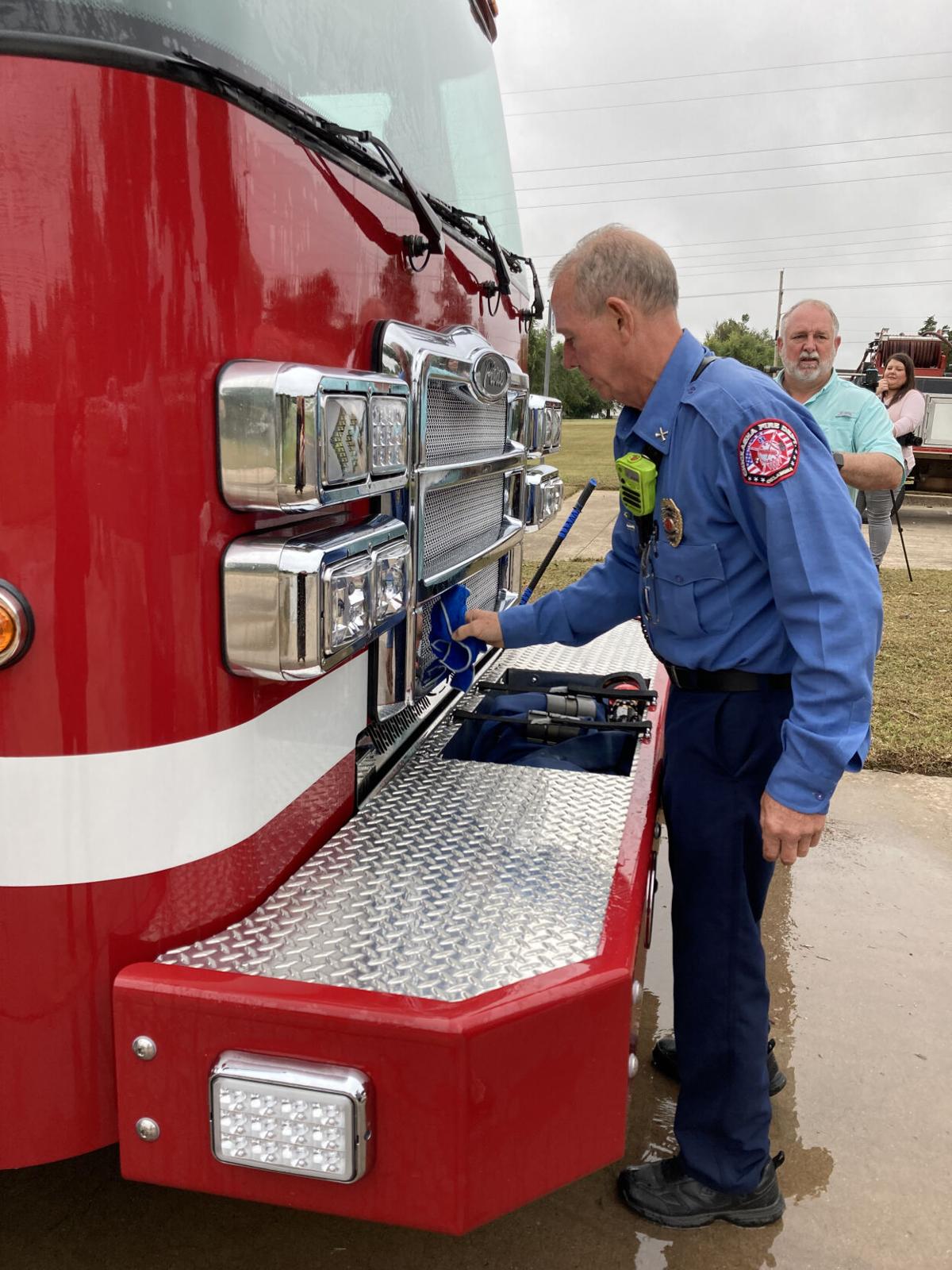 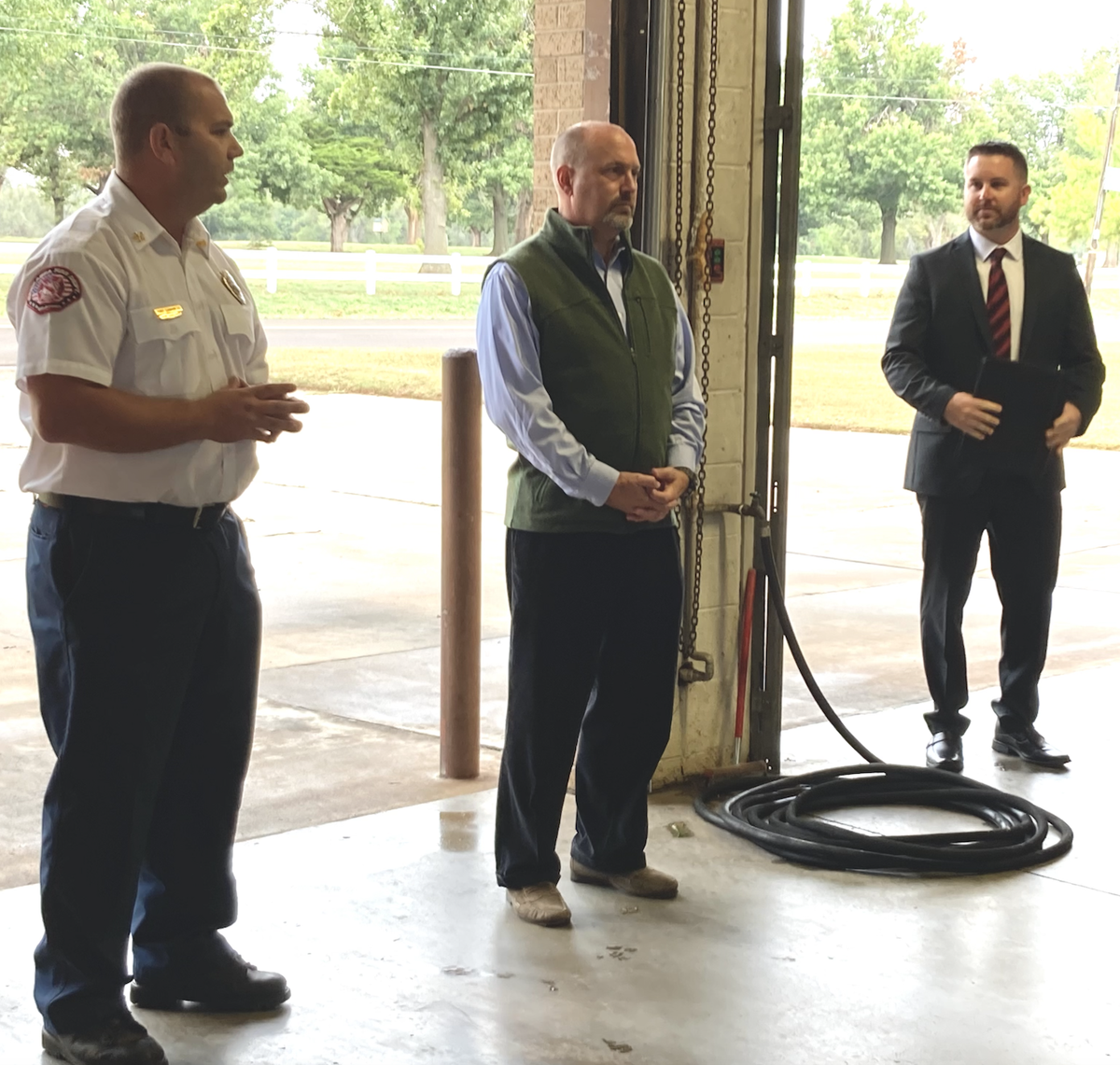 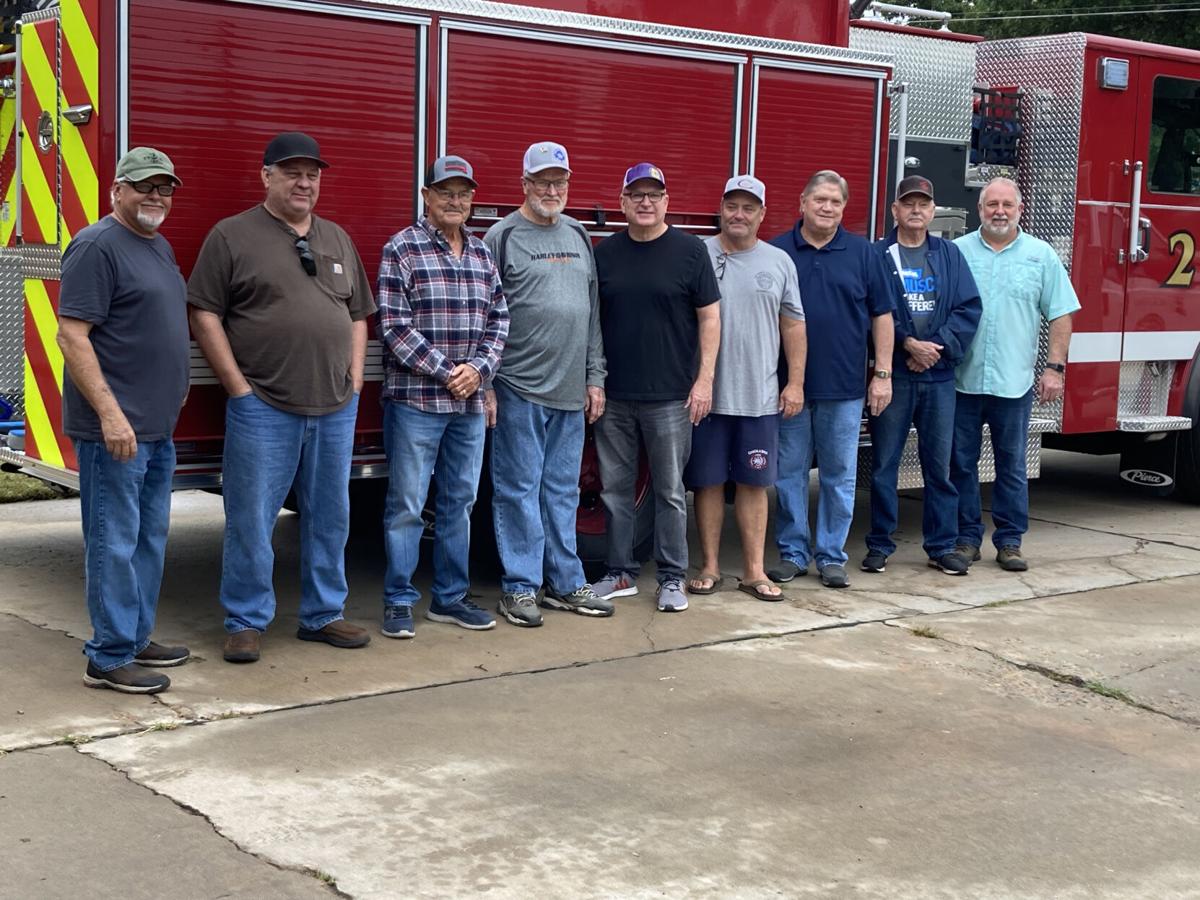 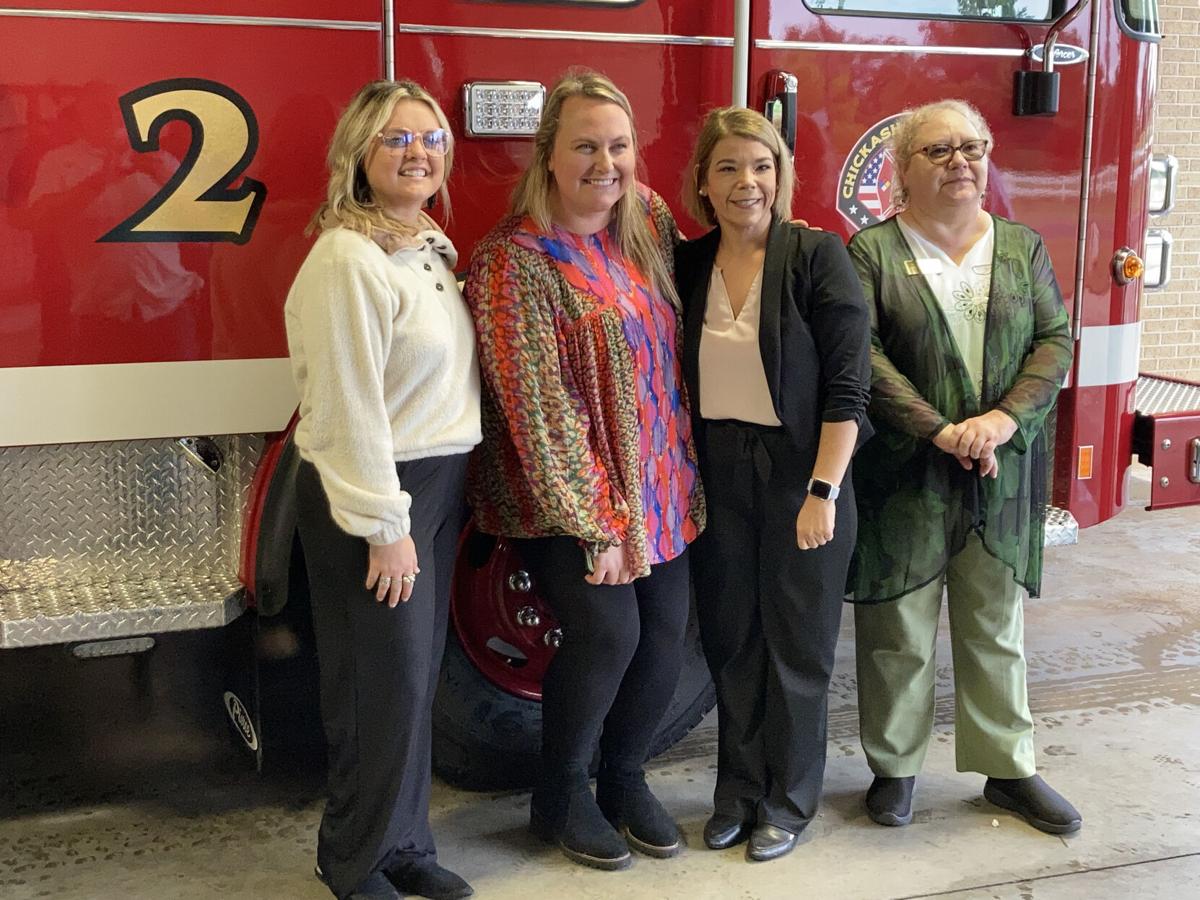 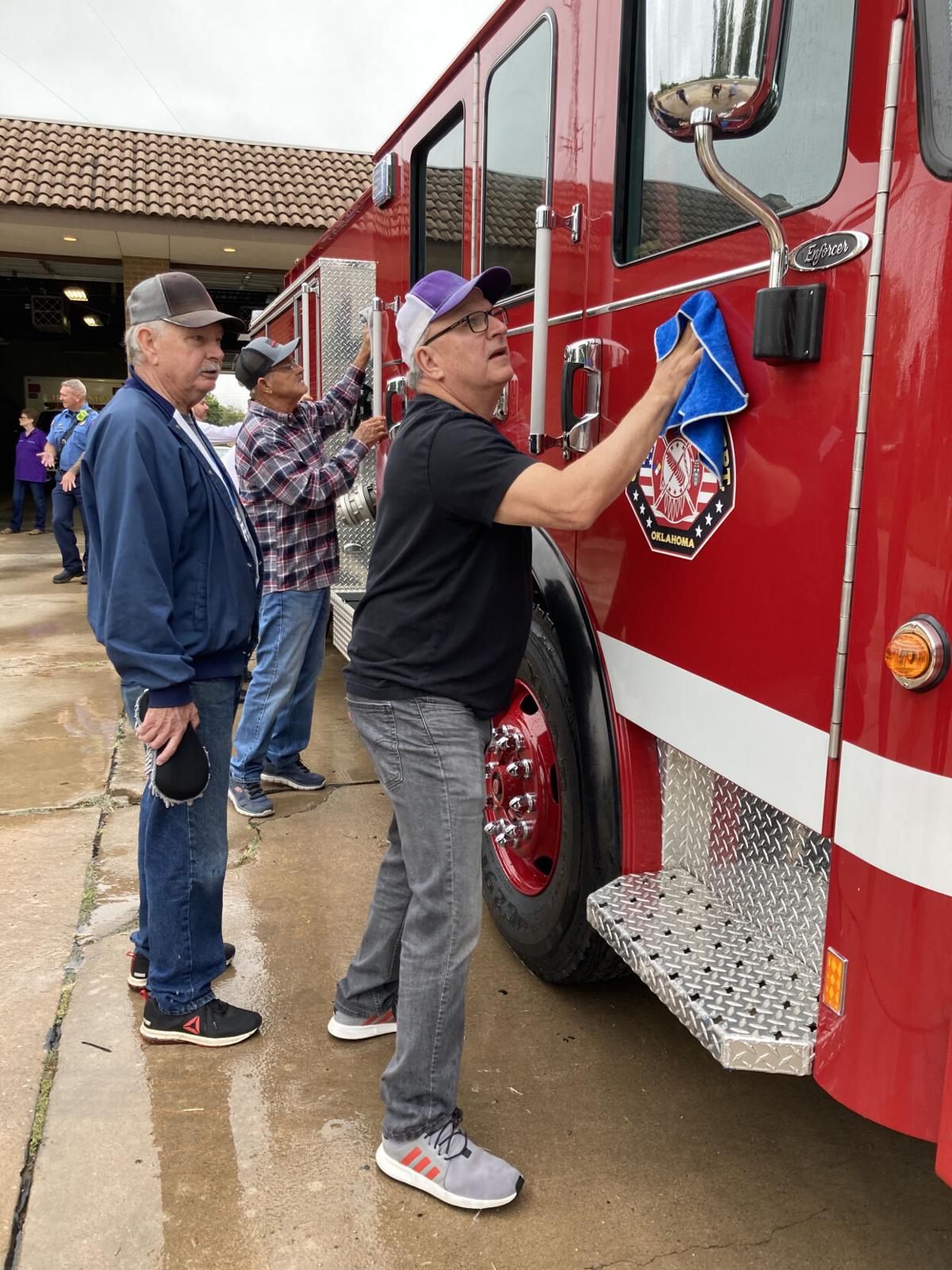 With a ceremonial welcome, a new firetruck was initiated into the Chickasha Fire Department on Thursday.

Chickasha firefighters, retirees and City of Chickasha staff washed the new red truck in front of Station 2. Then—with a little help from the engine’s horsepower—everyone pushed the truck into the bay.

This tradition is a nod to firefighter history. At one time, the steamer was pulled by horses, so at the end of the day, the crew would push it back into the bay.

As a finishing touch, “The Enforcer” will be painted in gold leaf across the front.

The old truck was badly damaged in a wreck on July 4. Due to the truck’s age, it was not feasible to make repairs, Chickasha Mayor Chris Mosley, said.

“Our goal as council is to make sure all our citizens are protected, and that includes all of our employees and firefighters. We wanted to get the best equipment we can afford and the most modern technology.”

“Thank you guys for laying a foundation of what the Chickasha Fire Department is. We are what we are today because of you guys” … “We hope to carry that torch and make it even brighter in the future.”

Truck pushed into the bay

Mar 3, 1952 - Jan 19, 2022 Houston, we have a problem! Darla Karen Weese Schmidt Hamilton was born on March 3, 1952, to Theodore Edwin Weese and Genevieve Weese Sadler. She was raised in Wichita Falls, Texas and in high school moved to Enid, Oklahoma where she met and married Bill Schmidt. T…

Graveside service for James Cleve Brookshire, age 54 of Chickasha will be held at 3:30 pm on Tuesday, January 18, 2022, at the Verden Cemetery. Services are under the direction of McRay Funeral Home.

Graveside service for Laveta Kay Black Loveless, age 52 of Chickasha, will be 1:00 pm on Tuesday, January 18, 2022, at Fairlawn Cemetery. Services are under the direction of McRay Funeral Home.