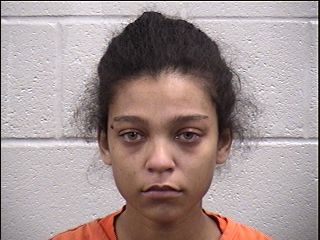 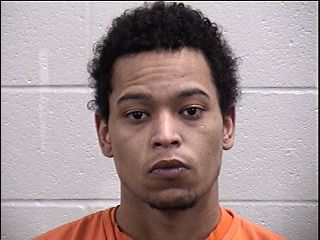 Chickasha Police were dispatched to the 800 block of Choctaw Ave. where a small child was allegedly walking on Highway US62.

A resident who lived nearby told authorities this was not the first time the child had wandered, according to an incident report.

While an Oklahoma Highway Patrol Trooper was talking people in the area, a subject identified as Darien Jeffers made contact with the trooper. He said the child was his and he and the child's mother, Jazzmine Bennett, had left their children to get something to eat, the report said.

Bennett said the three-year-old child had pink eye and they were going to take the child to the hospital that day. Bennet said there was a baby in the home. A Chickasha Police Officer left immediately to check on the baby.

The officer reported that when he walked in the residence he heard a baby screaming. He said there was a strong odor of urine, feces and other foul odors. The officer allegedly located a small baby standing by a crib, shaking and screaming. The baby had on an old diaper that was leaking, the report said.

The officer could not locate any supplies to to change the child's diaper. He took the child to a kitchen sink to wash her. As he was washing her, small pieces of skin fell off, the report said.

The baby's crib had rodent feces, dried milk in a sippy cup as well as food and feces stains, the incident report said. There were also small pieces of metal near the crib that the baby could have placed in her mouth or could have fallen in the crib, the report said.

While searching for a diaper, an OHP trooper discovered a white metal pipe in a pill bottle that contained a green, leafy substance, the report said. The pipe allegedly had a strong odor of marijuana and was located about two feet off the floor, accessible to a small child, the report said.

Authorities also discovered several small items on the floor that could be a choking hazard as well as a large amount of spoiled food on a highchair, the report said.

The Department of Human Services and EMS were called and the children were placed in protective custody. The children were transported to Grady Memorial Hospital, the report said.

Jeffers and Bennett were transported to the Grady County Jail. They were booked on charges of child neglect, child endangerment,