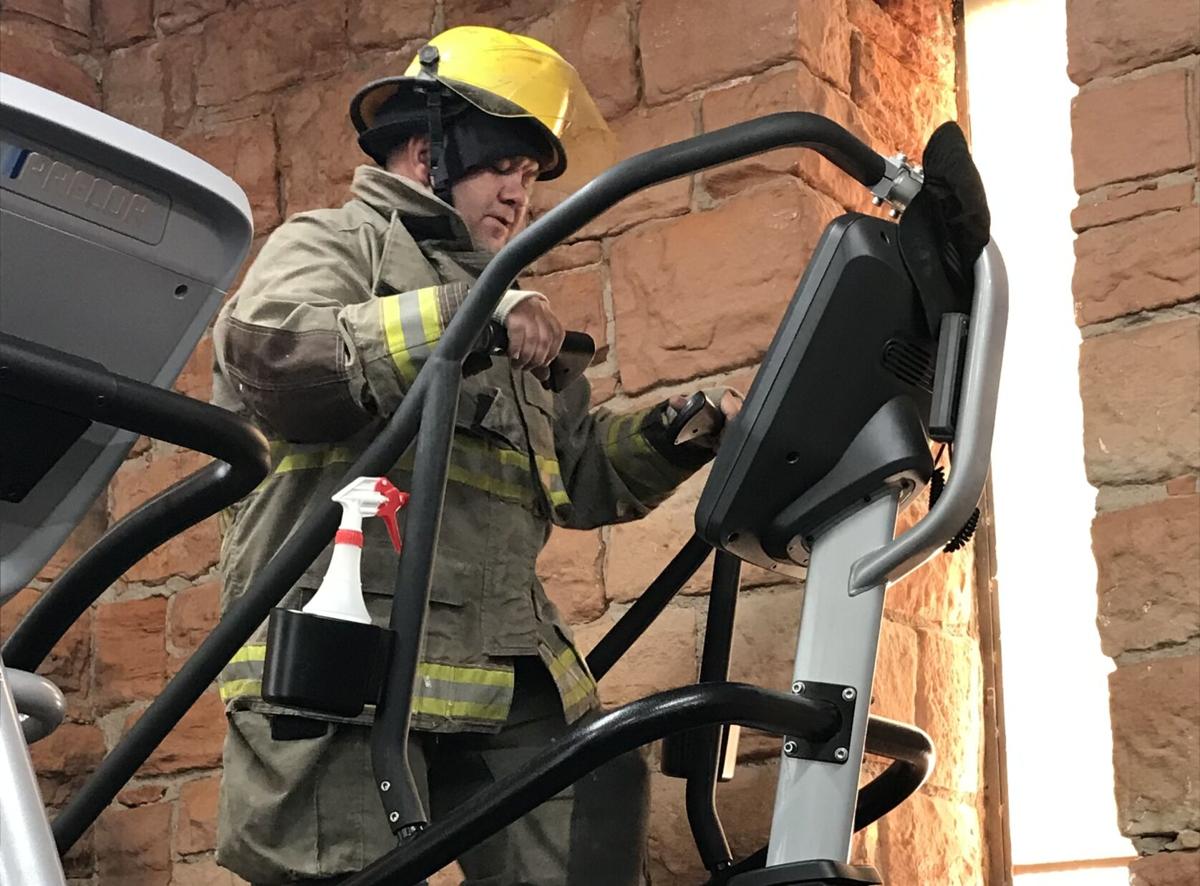 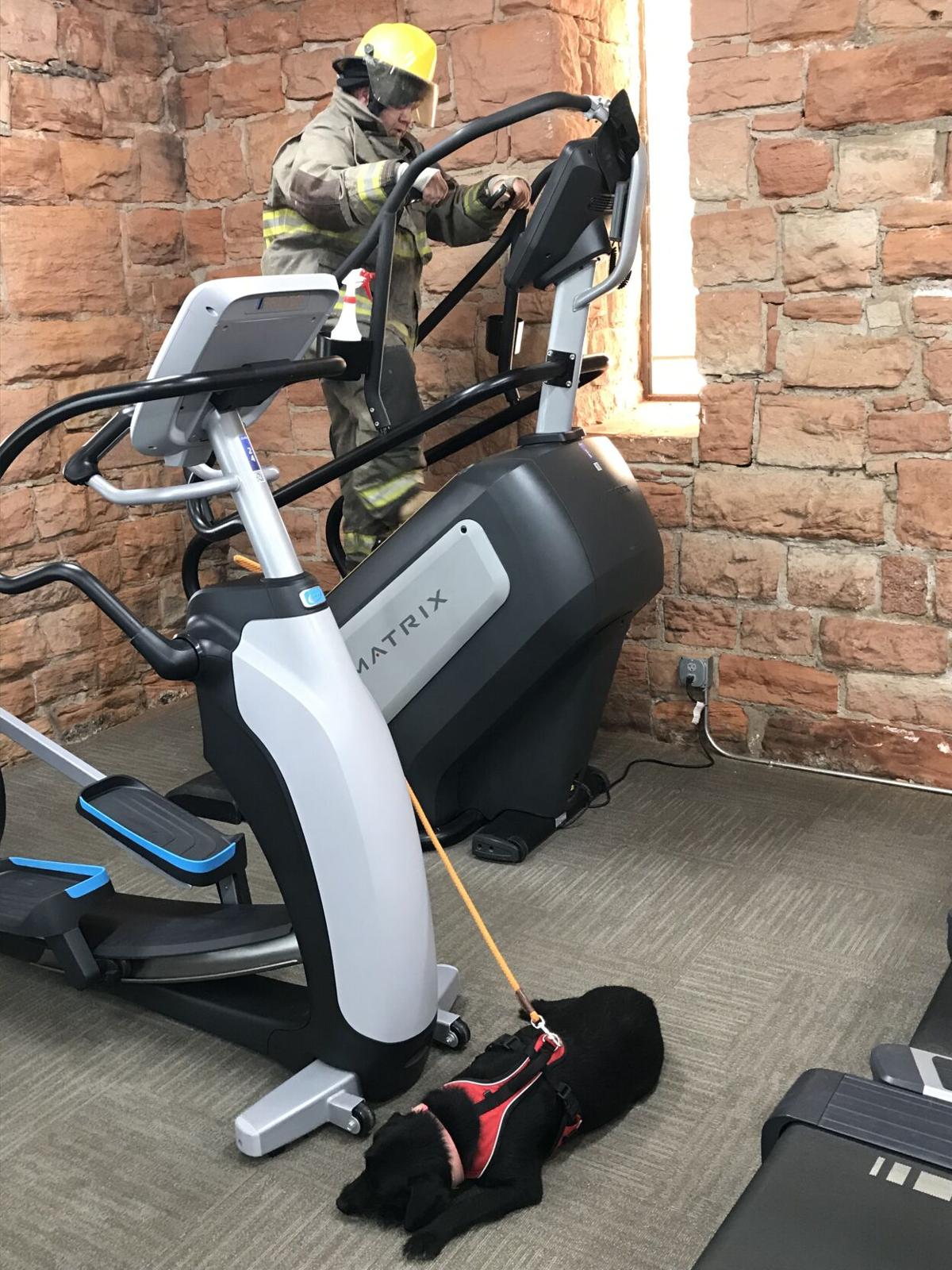 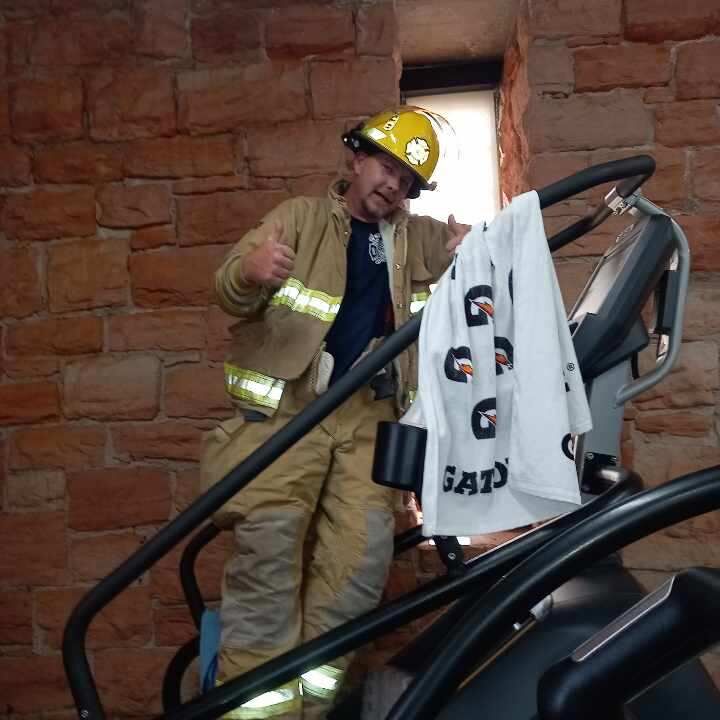 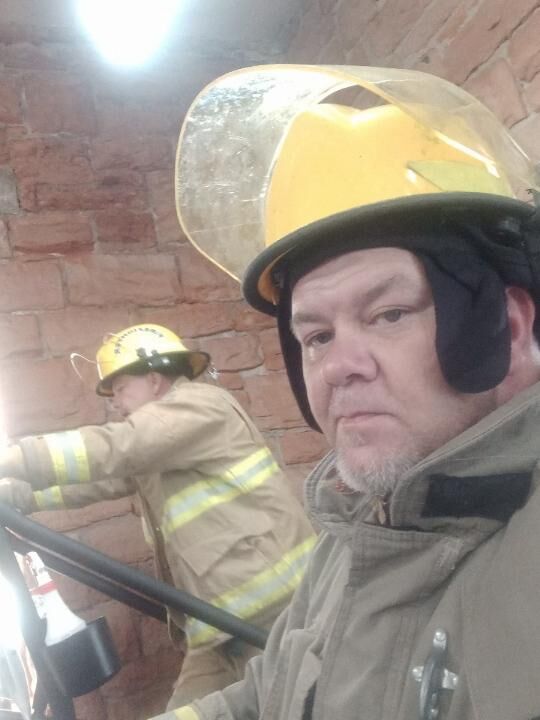 Army Veteran, Lucas Dunn, took a big step to honor the sacrifice of first responders at the World Trade Center 20 years ago.

On Saturday morning, Dunn climbed the stair machine at the Chickasha YMCA to simulate the 155 flights of stairs that firefighters, police and EMTs ascended to rescue civilians on Sept. 11, 2001.

He did so while wearing a fire suit and hat, loaned to him by the Chickasha Fire Department.

Dunn’s service dog, Abbi, waited patiently on the floor near the machine.

Then, Dunn took the equivalent of 155 more flights, even though many first responders did not make it back down. Others lost their lives going back to check for people left behind.

“[They] knew they weren’t coming back, they knew that when they entered the building,” Dunn said.

While taking on the challenge, Dunn was joined by first responder and former classmante, Eric Ashbey. Ashbey is a firefighter with the Friend Fire Department.

Dunn also has experience as a first responder. After high school, he went into the medical field and worked as an EMT. He wanted to be at Ground Zero, but as his grandmother’s caregiver at the time, he had to honor the mission at home.

At age 32, Dunn passed the physical tests to join the Army. He spent 11 months in Iraq between 2008 and 2009. He sustained traumatic brain injuries as well as back injuries. He medically retired in 2011. After some years in Serbia, he returned with Abbi.