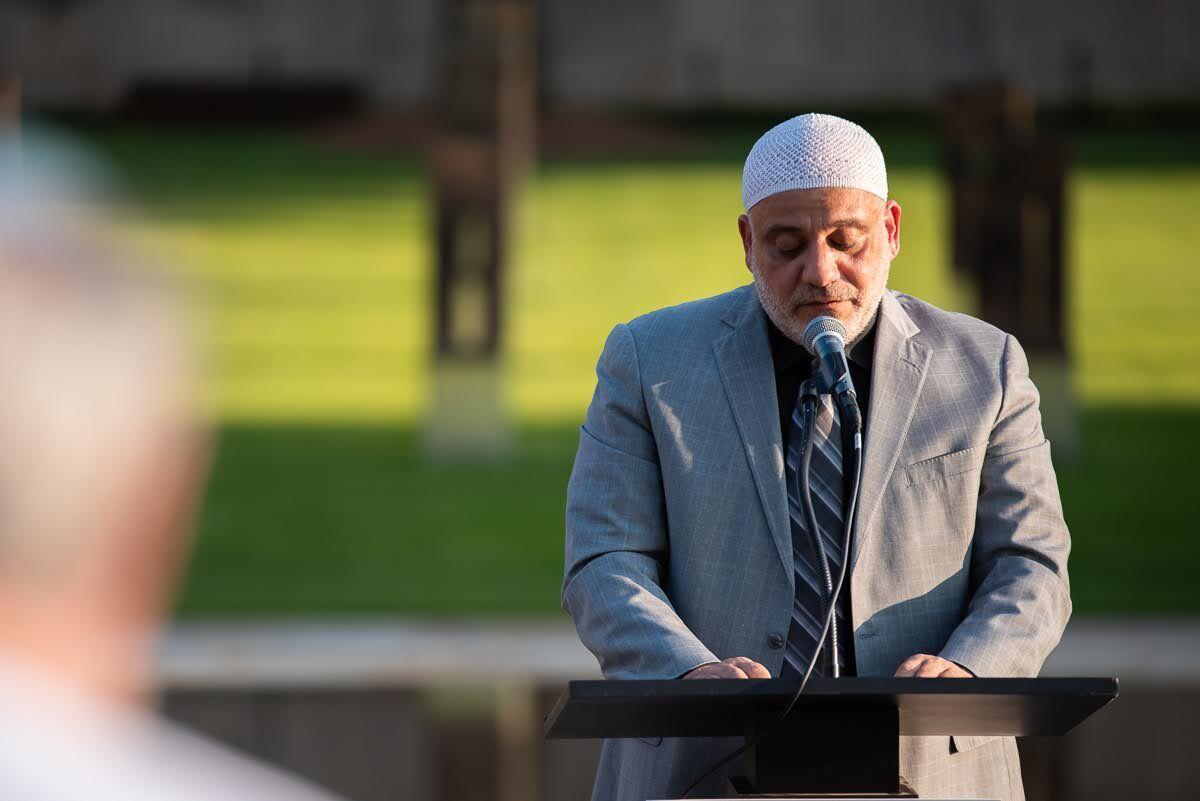 Imad Enchassi, Muslim chaplain and professor of Islamic Studies at OCU, prayed for the safety of Afghan people August 31 during an interfaith service at the Oklahoma City National Memorial. 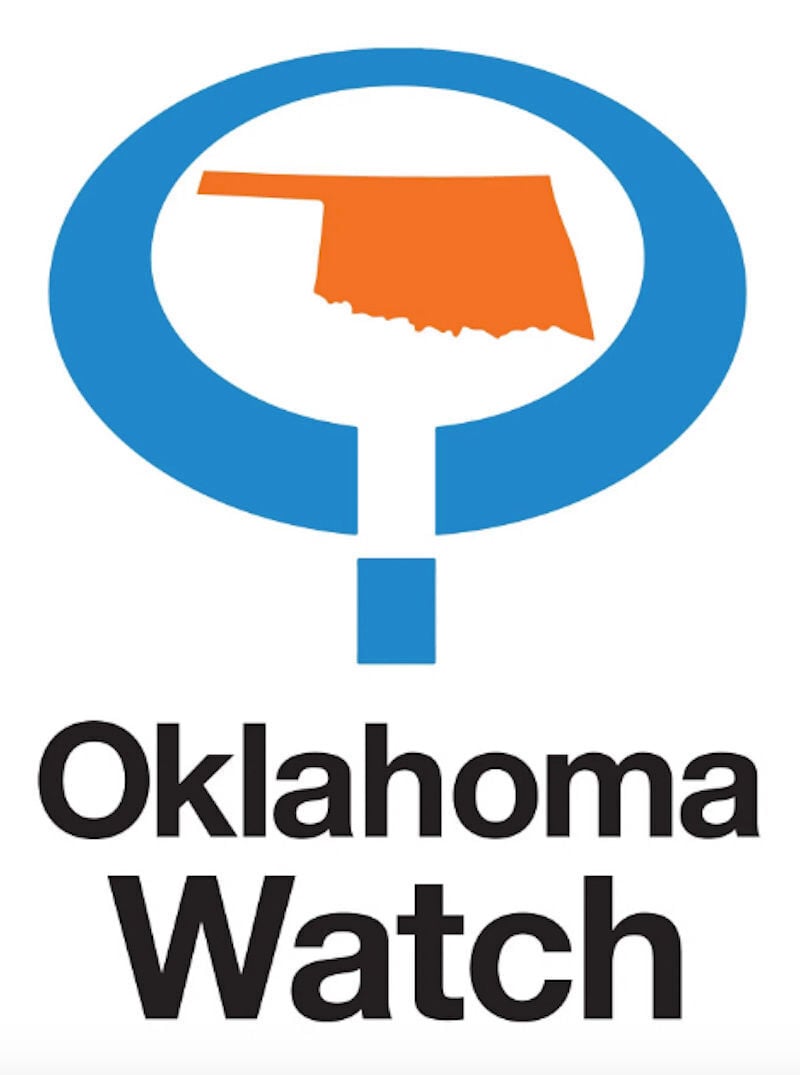 A Catholic organization responsible for refugee resettlement and leaders of the Oklahoma City Muslim community are preparing for hundreds of displaced Afghan families to arrive in Oklahoma.

The questions of when they might arrive, how many are coming and where they will be housed remain unanswered one week after the final U.S. troops and diplomats departed Afghanistan. Over 120,000 Afghans and U.S. citizens were airlifted from Kabul during the massive humanitarian operation. The evacuees include those who helped U.S. interests during the 20-year war, participated in human rights activism on behalf of U.S. nongovernmental organizations, worked for U.S. based media outlets and have dual citizenship.

Catholic Charities of the Archdiocese Oklahoma City is the organization historically in charge of refugee resettlement in Oklahoma, contracting with federal agencies to provide short and long-term resources.

Patrick Raglow, executive director of Catholic Charities, said he expects hundreds of Afghan families to be resettled in Oklahoma.

“Our work begins upon arrival,” Raglow said, “and hopefully, we get enough advanced notice so that we can be prepared to receive them.”

Dr. Imad Enchassi, senior imam at the Islamic Society of Greater Oklahoma City, has been working with Catholic Charities and the Muslim community to prepare. Enchassi said Afghans in the Oklahoma Muslim community are hearing from evacuated family members that refugees are being taken to various military bases, one of which might be Fort Sill in Lawton.

As scenes of panic and despair from Kabul permeated print and electronic media last month, Enchassi said he and his organization have been contacted with countless offers of help and support. Oklahoma’s Kevin Stitt was among 37 U.S. governors to declare their willingness to accept refugees.

“I could tell you, once I announced from the pulpit that refugees will be coming here, not only from the Muslim community, but from a large portion of Oklahoma community, everybody wants to help,” Enchassi said. “ ‘How can we help? What is it that we could do? I have an extra apartment; I have an extra car. I would be able to employ (them).’ “

He added he has already received hundreds of applications for translators and other kinds of volunteers to help with the resettlement efforts.

Adam Soltani, executive director of the Oklahoma City chapter of the Council on Islamic-American Relations, said community leaders are learning more everyday about the refugee resettlement process and how Oklahomans may be able to assist.

“The mere fact that so many people have reached out, that’s a positive thing,” Soltani said. “You know, that’s definitely a shift in the right direction.”

Though it is uplifting to hear the number of Oklahomans wanting to help potential new neighbors, Soltani said he has identified a slight uptick in hate mail to his inbox and to his organization. He said some of it was reminiscent of responses following 9/11 or in 2010, when the Oklahoma legislature made a move to ban Sharia law with State Question 755.

In one notable public anti-Muslim declaration in 2014, then-State Rep. John Bennett referred to Islam as a “cancer in our nation that needs to be cut out.” Bennett, who is currently chairman of the Oklahoma Republican Party, went on to call the Council on Islamic-American Relations a “terrorist group,” and once required Muslim students to fill out a questionnaire asking them if they beat their wives before they could meet with him in person.

With the prospect of Afghan families arriving, Soltani said the biggest challenge Muslims in Oklahoma face is educating people on the difference between what Islam is as a faith and theology and media coverage of extremist groups like the Taliban, the Islamic State and Al-Qaeda.

“We’re seeing that increase in hate rhetoric, and it seems like deja vu almost to where we’re having to explain to other people, again,” he said. “What is Islam? who are Muslims? What is Sharia law all about? You know, what are women’s rights in Islam? What is the difference between somebody who adopts an extremist ideology versus somebody who falls in the orthodox ideology?” he said.

Raglow said there will likely be 300 to 400 refugee families resettled across the Oklahoma City and Tulsa metroplexes.

Refugees must first be thoroughly vetted for biographical information and their potential for being national security risks. A process that usually starts in a refugee’s native country, or a neighboring country, and can take a few years to complete. In the case of fleeing Afghans, waiting for documentation and interviews to be completed abroad was not an option.

Instead, they were directed to apply for humanitarian parole, which works as a temporary non-legal status for refugees that have an urgent humanitarian or public benefit reason for leaving their country but still need to be vetted. Beneficiaries of humanitarian parole must take steps to attain legal authorization and remain in the U.S. once they are here.

Enchassi said Catholic Charities isn’t expecting to begin processing refugees until late September, but that Afghans in Oklahoma are saying their family members who are refugees will be arriving at Fort Sill to be vetted and processed with refugee status.

The temporary use of Fort Sill is not confirmed, but the U.S. Department of Defense has authorized seven military bases in New Jersey, New Mexico, Texas, Virginia and Wisconsin for the same purpose.

In the past, Oklahoma successfully resettled refugees from Vietnam, Burma, Cambodia, Eritrea, Iraq, Syria and even Afghanistan, when people were fleeing the first occupation of the country by the Taliban in the 1990s.

For the first six months after arriving, refugees receive federally funded support through Catholic Charities in the form of services such as housing, cash payments varying by family size, medical care, school registration for children and English language lessons. The Spero Project, a nonprofit that specifically focuses on providing long-term resources to refugees, steps in to maintain steady community support for refugees years after their resettlement.

The Spero Project doesn’t receive any government funding to help provide resources for refugees though, instead the organization relies on private and community donations, fundraisers and volunteers to provide services. Funded by private and community donations, The Spero Project offers a one-on-one English Immersion Program, citizenship test classes, driving lessons and student enrollment and support services.

“(Catholic Charities’) primary work is in the first 90 days, and then they’re working on new families that are coming in,” said Kaitlyn Ritchie, director of programs at The Spero Project. “So that’s kind of where our organization comes in partnership with them to be that more longstanding relational connection.”

“I welcome Afghans fleeing the Taliban regime to come to Oklahoma and live in the freedom we hold so dearly,” Stitt said. “My office is exploring every possible avenue to help ensure no American citizen or any of our allies are left behind.”

According to a HuffPost analysis, a total of 37 governors have expressed a willingness to accept refugees, 11 have remained publicly silent. Only two — from South Dakota and Wyoming — have expressed a disinterest in the matter.

Former Gov. Frank Keating, who served Oklahoma from 1995 to 2003, said there may be actionable steps Stitt can take to facilitate refugee resettlement in Oklahoma.

The governor can urge the state’s congressional delegation to support legislation specifically facilitating the resettlement of refugees from Afghanistan the way Congress did after the 1975 fall of Saigon for hundreds of thousands of southeast Asians.

“There’s got to be a process,” he said, “Whether Governor Stitt has set up that process or another congressional act is needed, I don’t know.”

State Rep. Mauree Turner, D-Oklahoma City, is the first Muslim elected to the Oklahoma legislature and one of 18 Democrats in a Republican dominated House of Representatives. Turner called on Stitt to aid in the resettlement of Afghan refugees while making the state safer for all Oklahomans by addressing the “ongoing COVID crisis.”

“(Oklahoma) can act on both of these things,” Turner said, “but we need leadership that’s willing to take those steps.”

Oklahoma Watch is a nonprofit, nonpartisan media organization that produces in-depth and investigative content on a range of public-policy issues facing the state. For more Oklahoma Watch content, go to oklahomawatch.org.