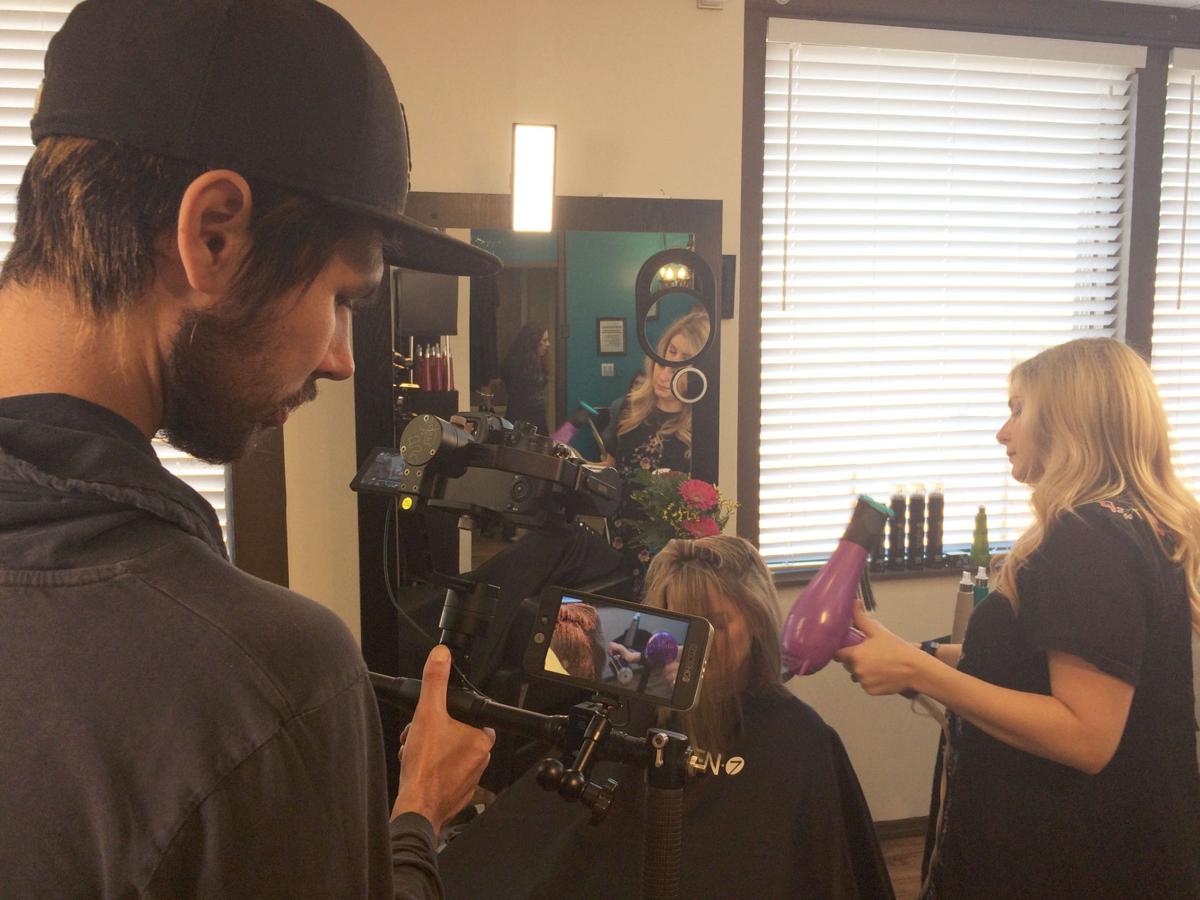 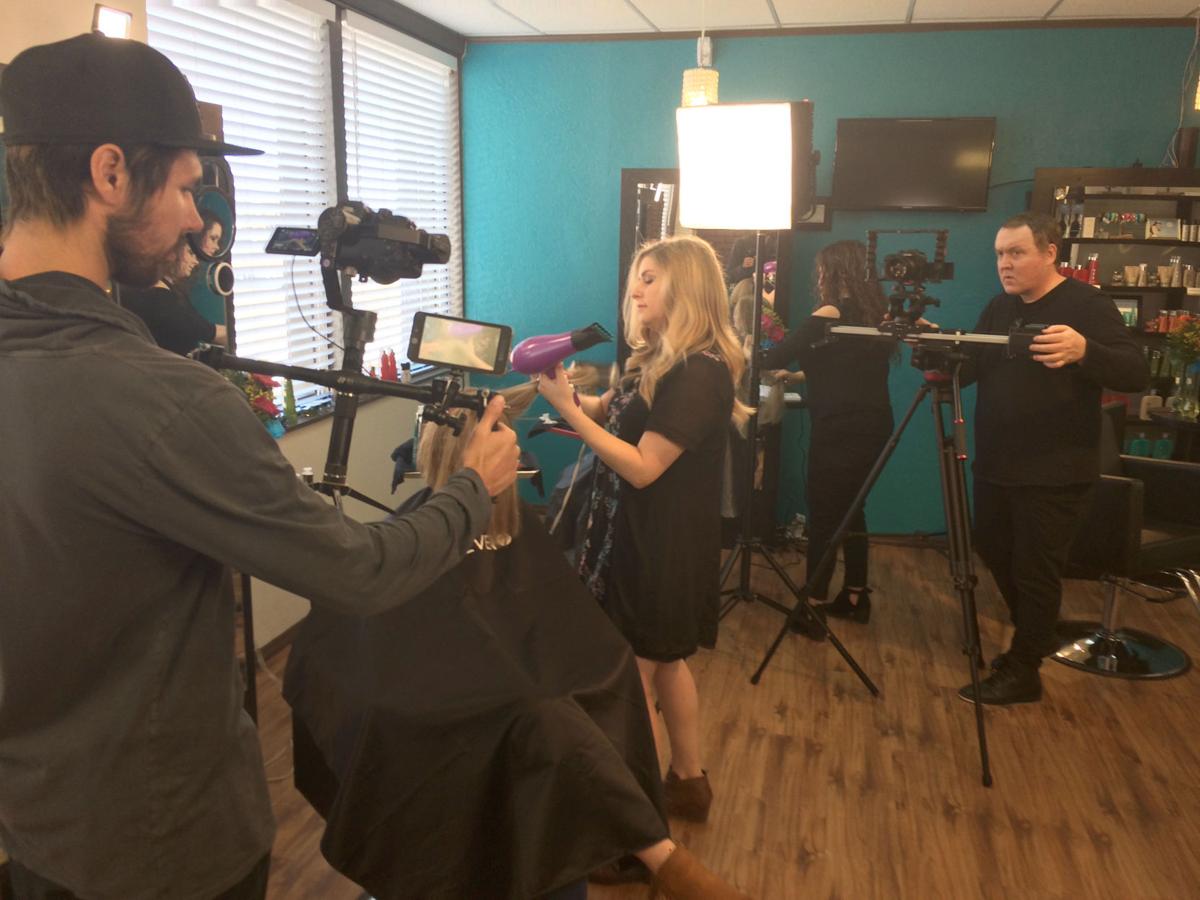 The Shay Salon in Chickasha will be getting a website makeover in early 2018.

The Shay won a sweepstakes through Seven haircare products, which awarded the salon the grand prize $10,000 package for a new website produced by Seven's media partner, Salon Hero.

Salon Hero have produced about 500 websites for salons across the globe, from New York to Sidney, Australia. Jeff Saylor and Zak Smith, of Salon Hero, traveled from Los Angeles to shoot footage of the Shay Salon earlier this week.

Saylor and Smith both have salon experience. Saylor said he was in the beauty corporate world for 20 years before taking on this venture. Smith is a hairdresser who is also adept at film and writing code.

Shauna Hutchinson, owner, opened The Shay two years ago. She hails from Orange County, California. The Shay is located at 401 W. Chickasha Ave. in Suite 307 of the historic Petroleum Building in Chickasha.

Hutchinson said she was surprised and excited when she learned that she had won in October. The winner was announced from Seven's headquarters in Seattle.

Hutchinson said she describes The Shay as, "The high end experience without the price or attitude."

Saylor said it was also exciting for Salon Hero that Hutchinson's salon was chosen among the sweepstakes' many contestants.

"We loved that it was a smaller town," Saylor said.

Saylor and Smith spent two full days at The Shay and around Chickasha to capture the essence of The Shay, Chickasha and the salon experience.

Saylor said The Shay's new website will feature 60 to 90 second  bios of each hair stylist and 4K resolution photos of the salon as well as before and after pictures of models who have received salon treatments from The Shay.

Saylor said he and Smith will go to the roof of the Petroleum Building and fly a drone to capture scenes from the area around the Shay Salon and the world of Hutchinson as she arrives at the salon for a day of beautifying clients.

Salon Hero will also leave Hutchinson with hours of raw footage—photos and video—that can be used on the salon's social media sites. The Shay will also be able to request changes to the website's "rough draft" before it goes live.

The pair have a reverence for the beauty industry, which does more than simply alter a client's appearance.

"It's a very tactile experience," Saylor said. He noted that hairstylists have a unique ability in society to touch their clients in a literal and affirmative way.

"Hairdressers are real salt of the earth people," he said.