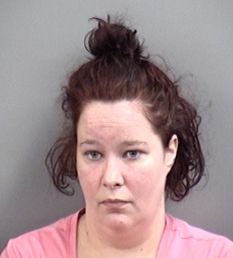 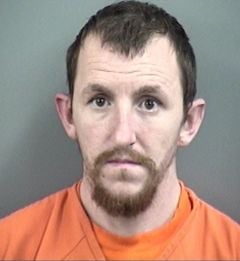 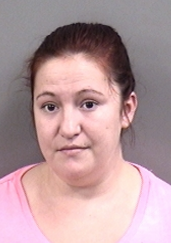 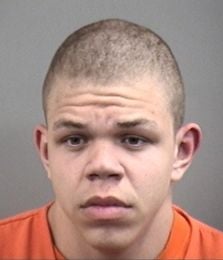 Four adults have been arrested on child abuse charges that involved handcuffing a child to a table.

The alleged abuse took place in a trailer type residence in Rush Springs.

According to Grady County Courthouse documents, the victim had marks on their wrist consistent with being handcuffed as well as cuts, scrapes and bruising on the victim's back. The victim was also missing patches of hair on their head.

There is a warrant out for the arrest of William Barnes for child abuse, child neglect and failure to protect from child abuse.

Rasmussen allegedly handcuffed the victim to a table all night on a regular basis. The child was forced to sleep on the hardwood floor with no blanket while handcuffed to the table.The report said Rasmussen threw a lit cigarette at the victim, which left an injury consistent with a burn.

Summers and Amber Barnes allegedly superglued paper to the victim's head and then ripped the paper off when the superglue dried. A Grady County Sheriff's Deputy observed several places on the victim's head where patches of hair were missing.

Summers, Rasmussen and Amber also allegedly sprayed a red, chalk-like chemical on the victim that burned their skin. During another incident, the victim was thrown out the front door of the residence where they landed on a trash pile that cut their back.

The victim was transported to OU Medical Center for treatment and admitted for malnutrition, the report said.

On Feb. 27, 2019, the Grady County Sheriff's Office and a DHS worker conducted a welfare check of the remaining children in the residence. There was a strong odor of urine in the residence. In the kitchen area, old food had been left on the kitchen stove and cockroaches were crawling along the walls and countertops and large groups of cockroaches were clustered in several corners of the ceiling and walls, the report said.

Authorities also found exchanges via text and Facebook messenger in which Summers and Amber joked about abusing the victim. Amber allegedly encouraged Summers to poke the victim's nose with a needle.

Summers allegedly sent two videos to Amber. One video showed an adult female hand poking what appears to be the victim's arm with a needle. The victim can be heard screaming and a male voice can be heard saying "You're going to get hepatitis," the report said.

There were also exchanges between Summers and Mount in which the two joked about abusing the victim, the report said.