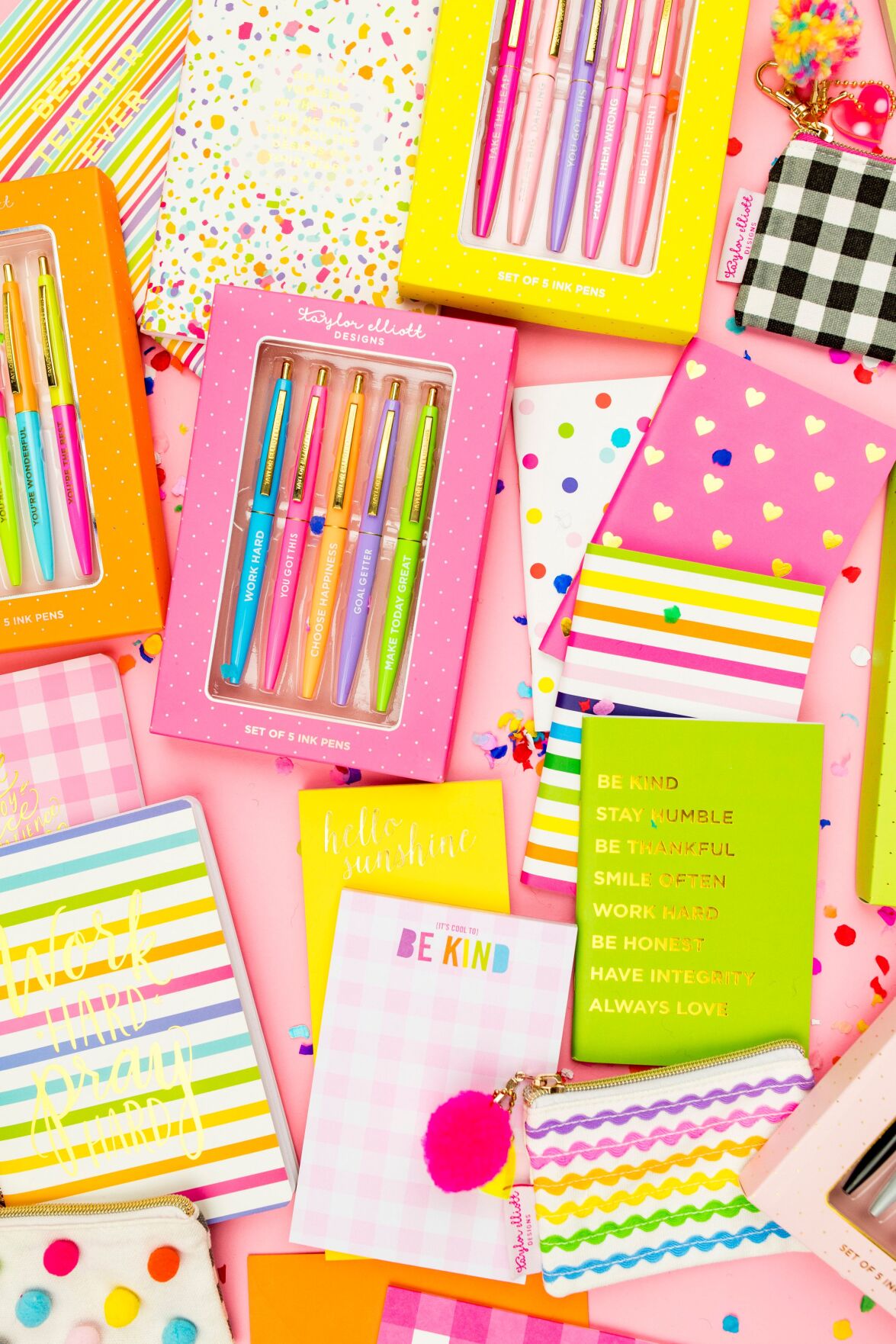 Taylor Elliott Designs features colorful stationary and gifts which are often imprinted with positive messages and playful accents. Her designs currently sold in more than 600 independent gift and stationary stores across the nation and at https://taylorelliottdesigns.com. 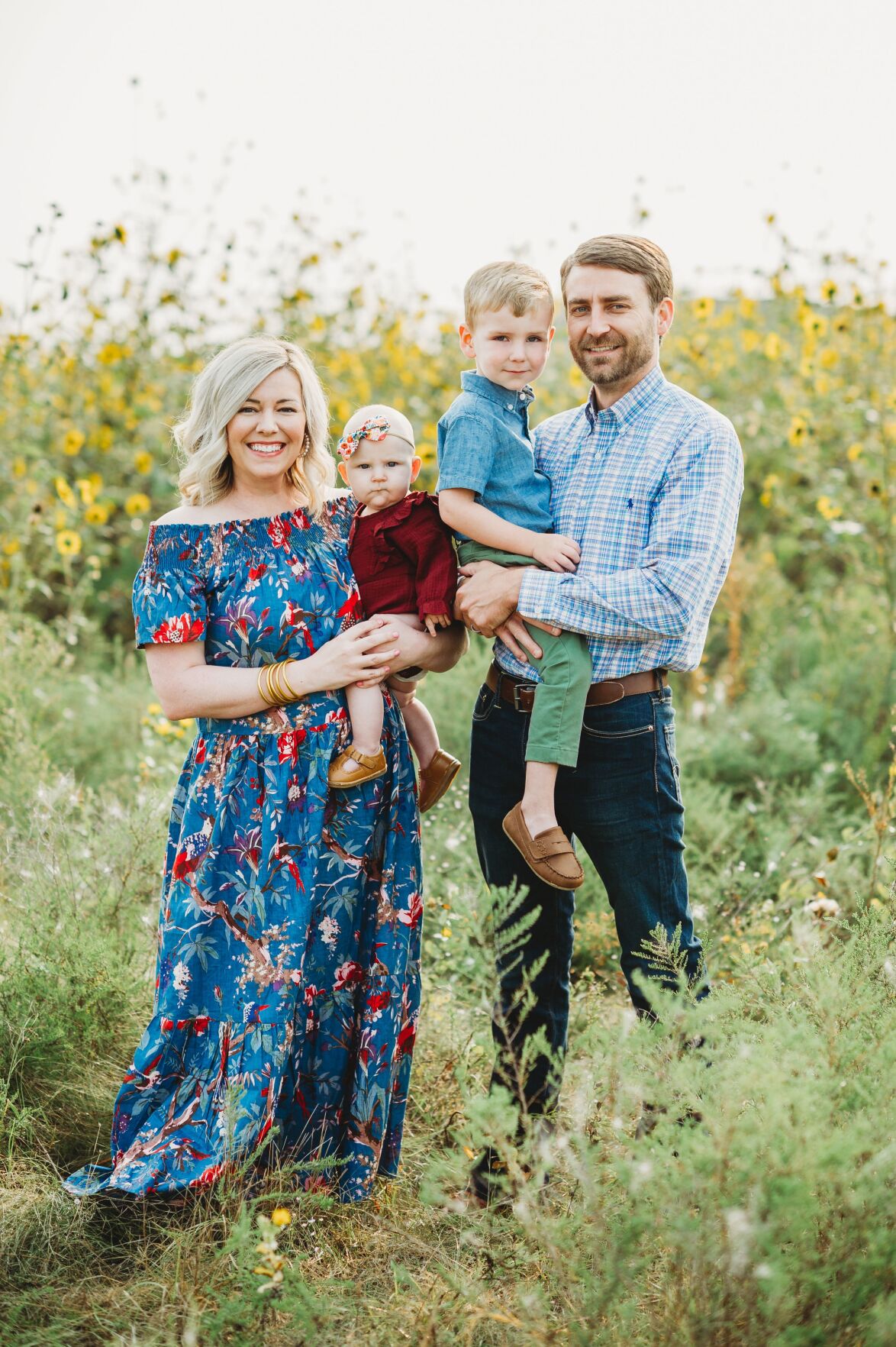 Taylor and Blake Elliott and their two children reside in Chickasha. 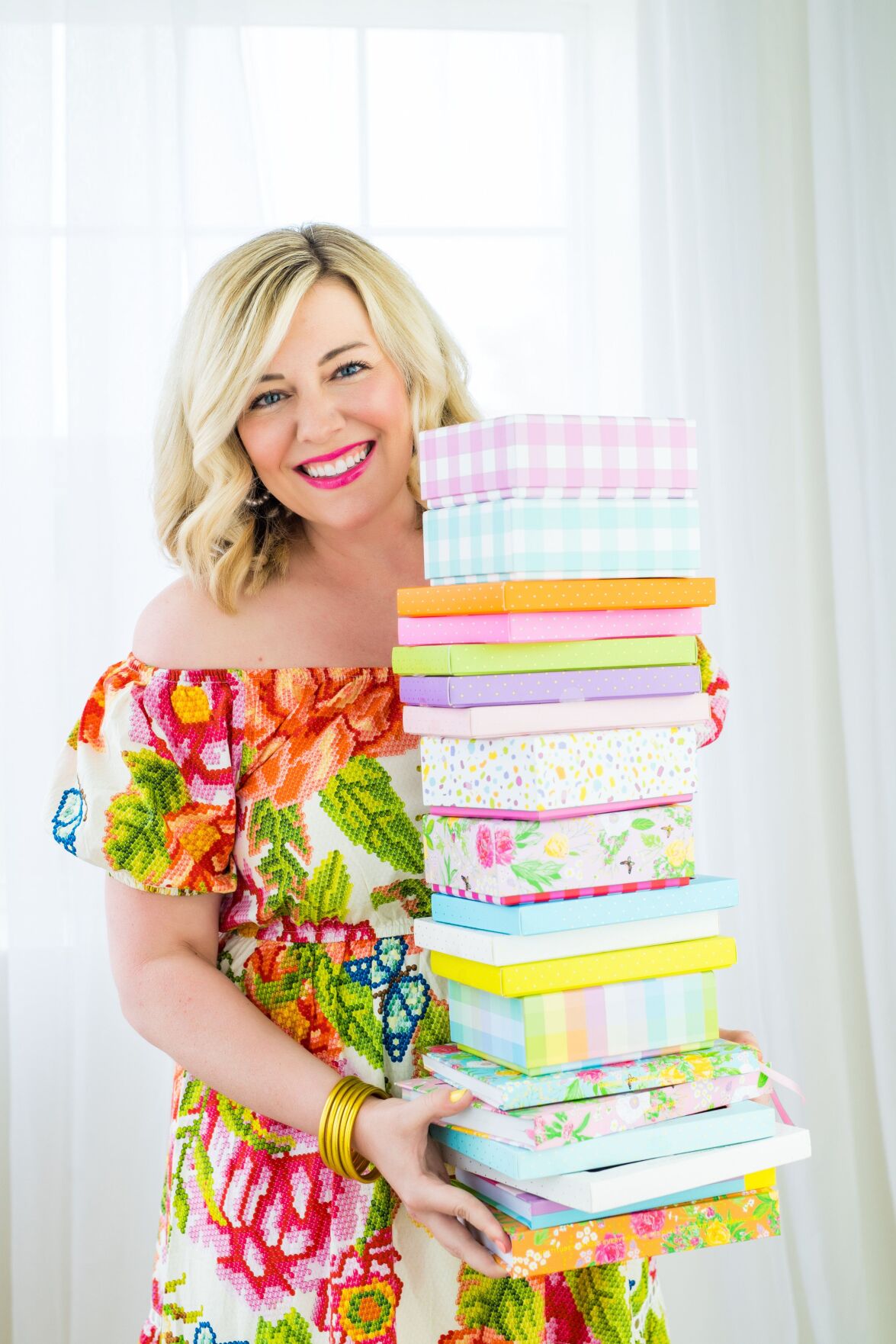 Taylor Elliott Designs features colorful stationary and gifts which are often imprinted with positive messages and playful accents. Her designs currently sold in more than 600 independent gift and stationary stores across the nation and at https://taylorelliottdesigns.com.

Taylor and Blake Elliott and their two children reside in Chickasha.

Like a burst of confetti, Taylor Elliott is bringing fun to daily tasks.

The Chickasha resident and entrepreneur is literally putting inspiration at her customer’s fingertips.

Elliott is the founder of Taylor Elliott Designs, which specializes in stationary, pouches, gifts and desk accessories.

Some of Elliott’s unique creations include a “Words of Intention” pen set. These pens have words such as “authenticity, courage, love, integrity, gratitude and laugher” imprinted on them.

“Most people use a pen every single day,” Elliott said. “A positive reminder can turn a blah day into a better day.”

She said having a positive message close at hand gives her customers a reminder to believe in themselves and work towards their dreams.

She also has products that help people put these words into action, such as the “Goal Digger” goal-setting notepad, “Today I’m Choosing Happy” notepad and a “Prayer List” notepad that includes stickers.

The theme of Elliott’s products evokes a feeling of celebration. Most of the items are in bright colors with fun accents such as pom-poms, tassels, stars, gingham—and lots of confetti.

Her “Confetti Pen” has a chamber of sparkling confetti floating in liquid. There are several products in confetti acrylic such as pen cups, a ring dish, a heart-shaped keychain, a business card holder and a coaster sets.

Many of her products carry this sense of playfulness. The zippered pouches have pom-poms and tassels as part of the design.

Elliott, a mother of two, said she is an avid baker. She said her husband, Blake, lovingly teases her that she never makes the same thing twice. One of her sticker sets is geared towards making culinary gifts a little more fun. The set of 48 stickers includes “made with love” and “from the kitchen of” themes.

Elliott said her business began as a creative outlet while she was working in the corporate world right out of college in 2013. She had recently graduated from the University of Oklahoma with a degree in graphic design. At the time, she didn’t have the financial means to invest in a business. She used her college laptop, an inkjet printer and spent about $20 on shipping supplies and paper. She then got to work designing and selling her creations on Etsy.

Elliott began to branch out into starting her own business. In the beginning, she did everything she could on her own. As business grew, Elliott was able to hire employees. Her colorful products have gone on to be featured on national platforms such as Good Morning America, HGTV and in People Magazine.

While her business may have started online, Elliott said she spends a lot of focus on the wholesale side as well. Elliott said she has fond memories of going into small businesses and searching for fun treasures and gifts.

Her designs currently sold in more than 600 independent gift and stationary stores across the nation—including at Perrefitte in Chickasha.

The response to her products is touching. “It almost makes me teary-eyed,” she said.

Elliott has received feedback from customers who found comfort in her products while working in a difficult work environment. The inspirational messages helped them get through the day. Others felt a sense of encouragement while deciding what path to take. And still others felt confident in gifting the items to a loved one. Moreover, Elliott said, there are so many people working from home now who may be looking for an extra splash of color in their new, at-home work space.

For those who want to pursue their own dreams of starting a business, Elliott encourages others to have faith in themselves and the process.

“It’s going to be hard but you have to persist through the challenges. If something is on your heart, you have to keep pushing through.”