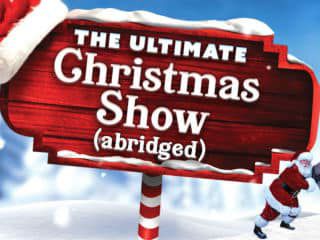 Legendary rock musical, "Godspell" will take the stage during the first weekend of December.

"This timeless tale of friendship, loyalty and love has touched the hearts of countless theatergoers all over the world—and now you can join the celebration as the ensemble performs the greatest story ever told," a release from CCT said.

The weekend after "Godspell," the Chickasha Community Theatre will be performing—literally—"The Ultimate Christmas Show (abridged)."

According to CCT, this Christmas comedy is festive, physical and family friendly—with some adult humor.

"The Ultimate Christmas Show (Abridged) welcomes you to the annual holiday variety show and Christmas pageant at St. Everybody's Non-Denominational Universalist Church, where all faiths are welcome because we'll believe anything," a CCT release describing the play, said. However, none of the scheduled acts arrive at the pageant, prompting three members of the congregation to take on the task themselves.

There will only be one performance of this play on Saturday, Dec. 14 at 7 p.m. Admission is a suggested donation of $10 at the door.

All performances will take place at the historic Washita Theatre at 509 W. Chickasha Ave. in Chickasha

Tickets may be purchased at www.chickashatheatre.org.