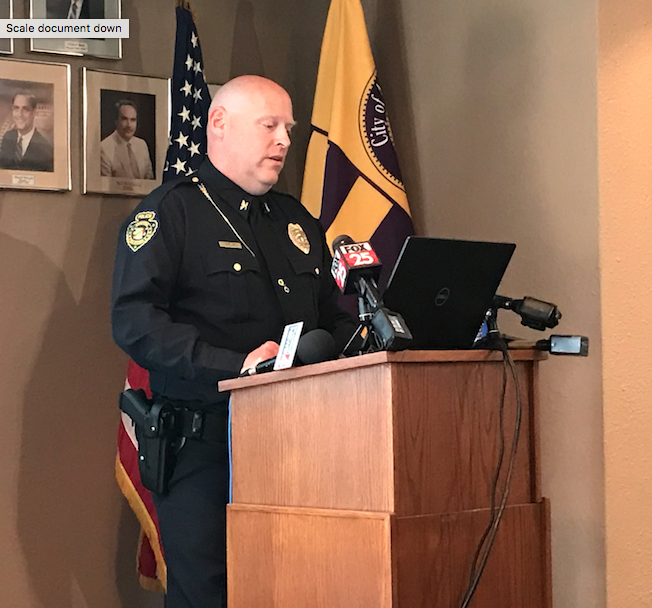 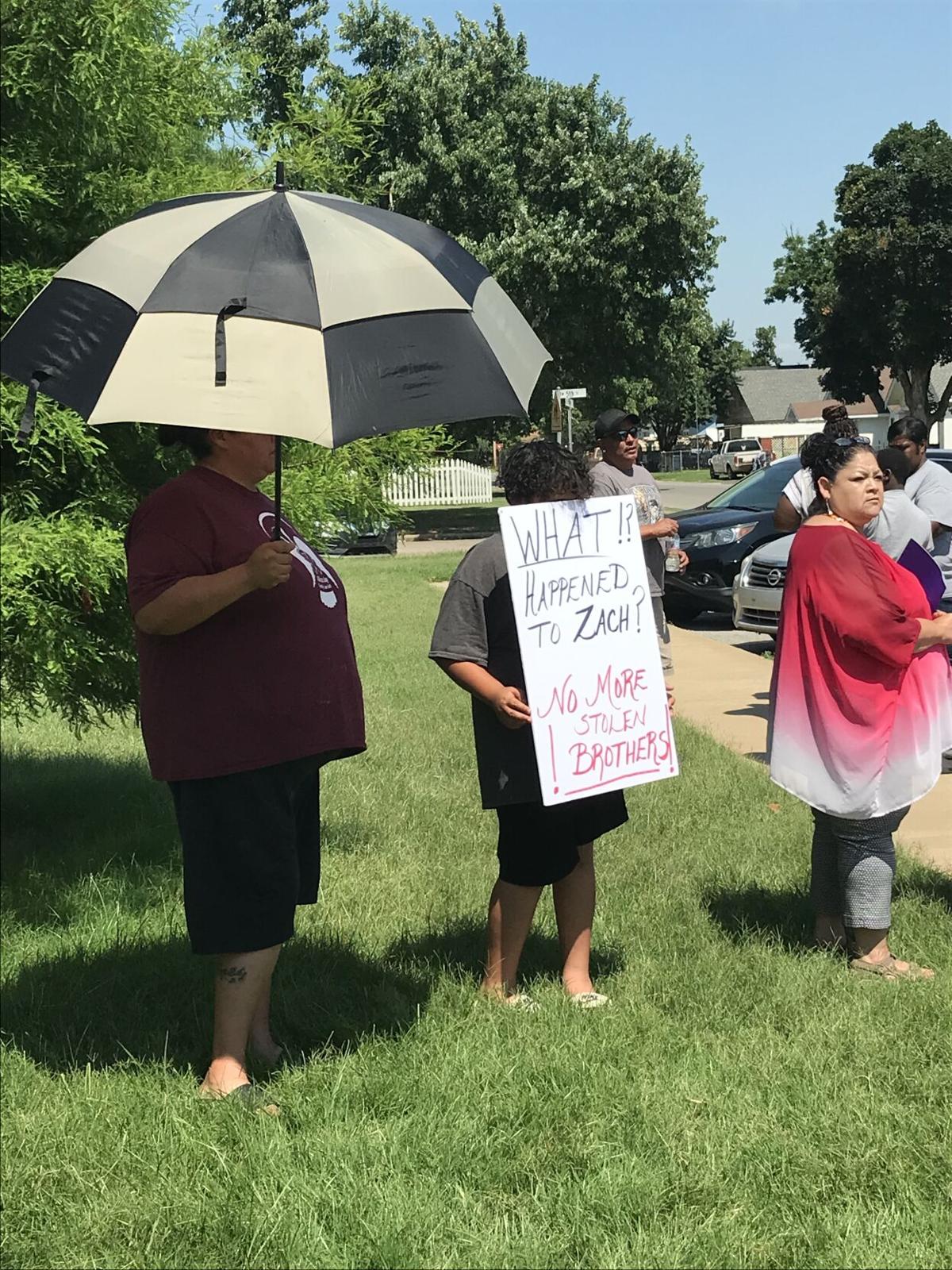 Family and Friends of Sila Lambert waited outside Anadarko City Hall during the press conference on Friday.

Family and Friends of Sila Lambert waited outside Anadarko City Hall during the press conference on Friday.

A 911 call about an overdose led to a fatal confrontation between Anadarko Police and Silas Lambert, 25, earlier this year.

On Friday, the police department held a press conference to release the body cam footage from the incident. Police Chief Eric Harlan gave an update on the status of the officers involved.

Harlan reported the following details about that night.

At 12:48 a.m. on April 5, Lambert called 911 to report that his friend had overdosed on prescription drugs. Officers Charles Maldonado and Sooner Harmon responded, where they found an unresponsive man on the couch. Maldonado gave the man CPR, although he was already cold to the touch. Harmon attempted to administer Narcan and continue CPR until EMS arrived, according to Harlan.

Lambert was extremely distraught. Maldonado led him outside in an effort to calm him down and gather information about the overdose. At one point, Maldonado saw Lambert had a gun and repeatedly asked Lambert to put his hands up, turn around and not touch the gun. Harlan said Lambert pointed the gun at Maldonado and Harmon unsuccessfully attempted to tase Lambert.

According to Harlan, Maldonado shot his gun in Lambert’s direction and retreated behind a car. Lambert then advanced towards the officers with the gun in his hand, while the officers repeatedly ordered him to drop the gun, Harlan said.

Maldonado was shot in the left arm and received an injury to his forehead. Harlan said the officers shot at Lambert as he advanced towards them. Lambert was then treated by EMS at the scene and transported to a hospital where he was pronounced dead. The medical examiner’s report said Lambert had been shot three times, Harlan said.

The wounds to Maldonado’s left arm required surgery and removal of shattered bone in his left hand. Harlan said the officer is on light duty as he recovers from his injuries. Harlan said it is unclear if the wounds were from gunshots or ricocheted bullets. The Oklahoma State Bureau of Investigation showed one round missing from Lambert’s handgun. Lambert did not have a violent criminal record or a known history of mental illness, Harlan said.

Harlan said the incident was investigated by the Oklahoma State Bureau of Investigation and both officers were cleared by the Caddo County District Attorney. An internal investigation by the Anadarko Police Department concluded Maldonado and Harmon reacted appropriately and did not violate the law or department policy, Harlan said.

Family and friends of Lambert stood outside Anadarko City Hall during the press conference. A friend of the family said Lambert’s parents have waited for information about the incident since the night it happened.

Lambert’s father, Derrick Lambert was among the crowd. He said he visits his son’s grave every Friday. Derrick said his son was his best friend.

“It’s just a tragic thing that happened and it shouldn’t have. It’s affected a lot of lives.”