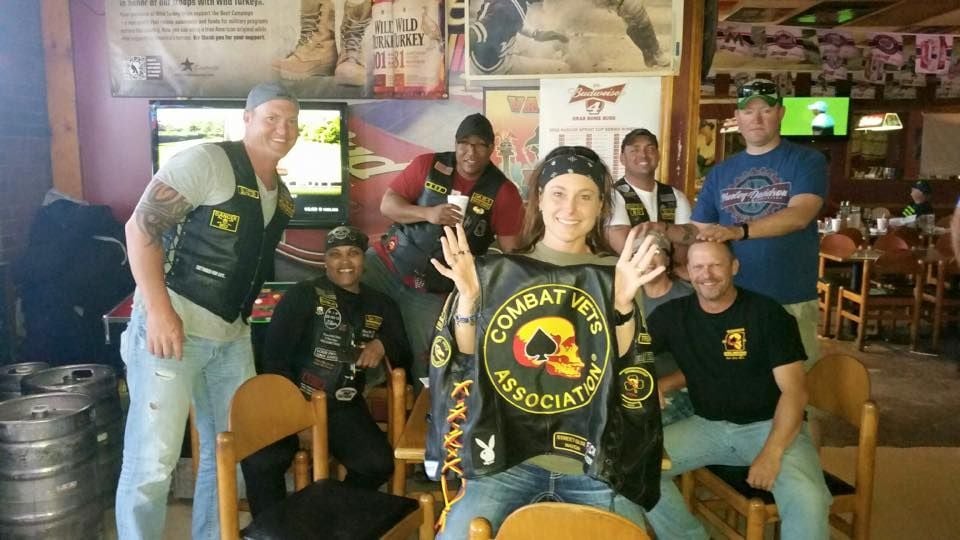 Michelle Manhart poses with members of the Valdosta, Ga. chapter of the Combat Veterans Motorcycle Association. 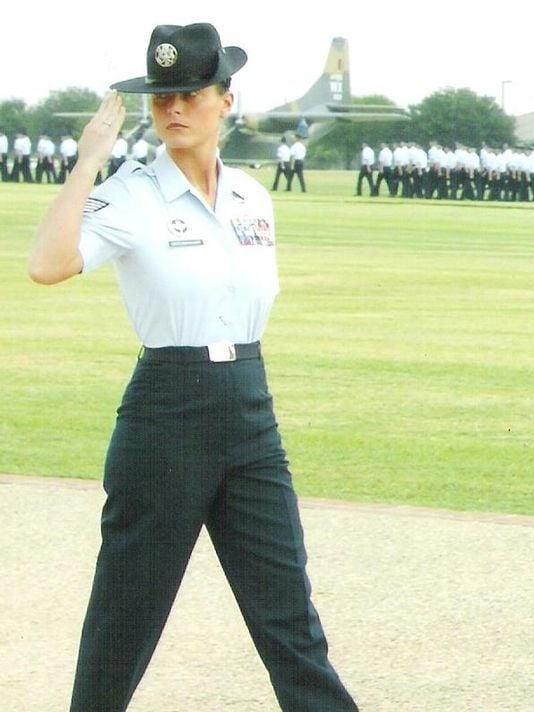 Michelle Manhart serving as an Air Force trainer at Lackland Air Force Base in 2005.

Michelle Manhart poses with members of the Valdosta, Ga. chapter of the Combat Veterans Motorcycle Association.

Michelle Manhart serving as an Air Force trainer at Lackland Air Force Base in 2005.

VALDOSTA, Ga. — Former Air Force trainer and Playboy model Michelle Manhart, who once posed nude with the American flag, is calling for a constitutional amendment against flag desecration.

Manhart was banned Friday from Valdosta State University after taking an American flag from a group of demonstrators who were walking on it. The incident gained national attention over the weekend, resulting in an outpouring of support and sparking a national discussion concerning flag desecration and free speech.

On Tuesday, Manhart also announced the details of a rally this week in support of the flag.

Speaking with The Valdosta Daily Times, Manhart acknowledged that Supreme Court decisions in 1989 and 1990 effectively nullified U.S. and state codes regarding the treatment of the American flag, and said she supports a constitutional amendment that would once again make it a crime to desecrate the flag.

“I think it’s important we push for that,” said Manhart. “It’s time that there was a change made for this. The flag should be untouchable. Our freedom of speech is protected by that flag, so you shouldn’t be allowed to desecrate it.”

Manhart said she hopes she can partner with politicians and groups to push for the amendment and to also establish an organization that would accept desecrated flags for proper disposal.

Manhart is no stranger to flag controversy. She posed nude, draped in the American flag, in a series of videos and photographs for People for the Ethical Treatment of Animals. She said she knew the flag would need to be disposed of after the photographs were taken and pre-arranged for a Boy Scout troop to take possession of the flag and dispose of it properly.

On Friday, Manhart will join a local veterans group, Combat Veterans Motorcycle Association 25-5, in a rally she said is aimed at showing support for the flag.

“Because of everything that happened, I can’t attend anything on campus," Manhart said. "So we are asking everybody in town, whether they have a car or a motorcycle or a two-seater, to join us at Crosspointe Church off of Northside Drive at 1 p.m. Friday.”

The group plans to leave the church parking lot and then drive continuous circles around the Valdosta State University campus, waving American flags. The group will then meet at American Legion Post 13. The rally was originally scheduled for Wednesday, but it was rescheduled to allow members of Combat Veterans Motorcycle Association from out of state to attend, according to Manhart.

Manhart said the rally is about supporting the flag and is not aimed at the school.

“We are not against the school," she said. "We understand the school is allowing our young adults to make statements. We just don’t support how the students were going about it. And based on their statement, it kind of seems like VSU is on the same page as us, so we are rallying around the school.”

VSU President William McKinney released a statement Saturday, saying “The American flag represents everything that is best about our country. As the Supreme Court has held, one of those things is the right to free speech, which includes the right to disrespect even the symbol of our country.”

Ga. city to fly flag at half-staff to support veteran who took American flag from protesters

Veteran banned from Georgia campus after taking flag from protesters